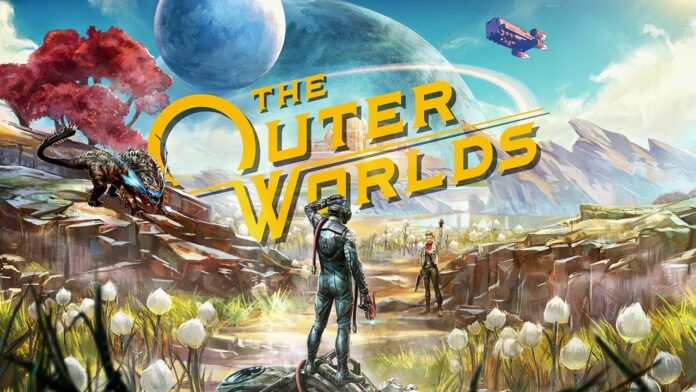 Today, Private Division, Obsidian Entertainment, and Virtuos announced the award-winning single-player RPG, The Outer Worlds, is now available for the Nintendo Switch™ system. The Outer Worlds was created by co-game directors Tim Cain and Leonard Boyarsky, the original creators of Fallout, and the renowned team at Obsidian Entertainment, developers of Fallout: New Vegas, Star Wars: Knights of the Old Republic II, South Park: The Stick of Truth, and the Pillars of Eternity franchise.

Set in a colony at the edge of the galaxy ruled by ruthless corporations, you awake from a deep cryogenic sleep by a rogue scientist, to discover that you might be the only one who can save — or condemn — the colony. The decisions you make as you encounter a host of memorable characters will determine the fate of Halcyon Colony. Will you be a star-gazing hero? A cruel villain? A bumbling interstellar disaster wearing a Moon Man helmet? The choice is in your hands.

“The Outer Worlds is one of the best role-playing experiences of this past year and we cannot be more proud of the commercial and critical success the game has earned,” said Michael Worosz, Executive Vice President and Head of Private Division. “We’re pleased to bring Obsidian’s dark, witty sci-fi universe to fans and new players on the Nintendo Switch and look forward to giving everyone the opportunity to take this rich RPG with them wherever they go.”