The Spectrum Retreat puts players in the role of a valued guest at the lavish Penrose Hotel, an idiosyncratic resort where a staff of robots anticipate your every need and nothing is as it seems. Players will have to explore this art-deco inspired lodge and solve a series of ingenious colour-coded puzzles to uncover the truth behind this peculiar, pristine hotel during their seemingly never-ending stay.

Having won the BAFTA Young Game Designers Award (YGD) 2016 for the prototype when he was only 18 years old, Dan Smith has subsequently developed The Spectrum Retreatwith the support of Ripstone, building an intriguing narrative and exquisite aesthetic around the intuitive first-person puzzle action.

“After five years of working on it, I’m thrilled for people to discover The Spectrum Retreat,” said Dan Smith, Designer of The Spectrum Retreat. “When I created the prototype a few years ago, I never could have imagined that it would grow into the ambitious sci-fi mystery that it’s become. The folks at Ripstone have been instrumental in helping me flesh out my vision with amazing art and clever storytelling.”

“Ever since we saw his award-winning prototype, we knew Dan Smith was a major talent and it’s been an honor to help him bring this project to fruition,” said Matt Southern, Head of Development at Ripstone Games. “Dan’s puzzle design has only gotten stronger over the years, and now it supports an emotional, intelligent narrative adventure, of interest to anyone concerned with how new technologies might impact our lives in the near future.” 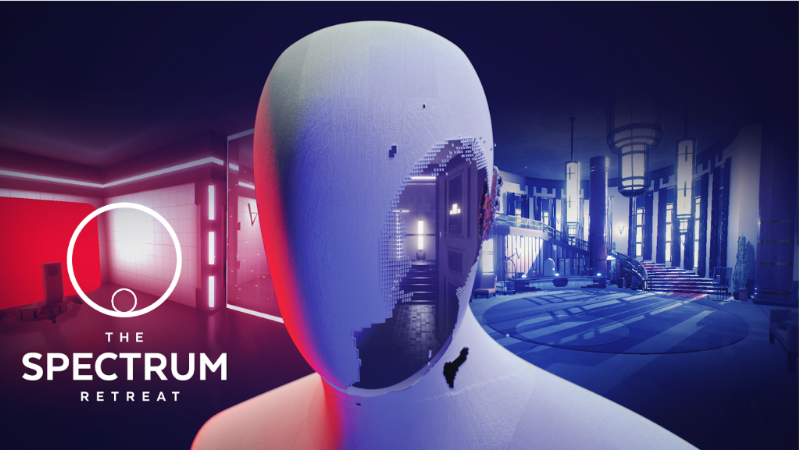