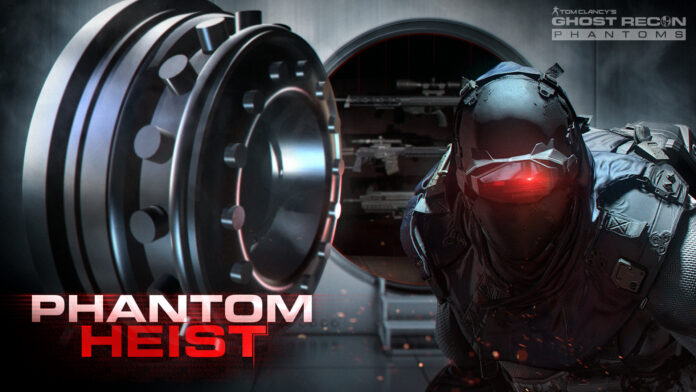 STEAM GIVEAWAY WEEKEND
Following the success of the Steam giveaway weekend, Ghost Recon Phantoms will offer a free downloadable package from 7pm CEST on August 1 to 6am CEST August 4 that rewards players with a 30-day 100 percent boost. This will help players speed up their progression and increase their in-game income which can be used to purchase new weapons and gear.

LOOT WEEKENDS
Every weekend, Ghost Recon Phantoms will increase the amount of mystery boxes that are awarded at the end of every round. All tiers of boxes will appear more frequently, with the Gold box appearing 60 times more often. Each box has a chance of containing a limited edition weapon or one of the legendary weapons which are only available through boxes.

GHOST RECON PHANTOMS WEB COMIC SERIES
To delve further into the story behind Ghost Recon Phantoms, a new eight-part comic series will reveal the untold backstory and identity of the Phantoms. Starting on August 6 and running through September 24, a new chapter will be released every Wednesday that details the events that took place on each map and how they shaped the battle between the Ghosts and the Phantoms.