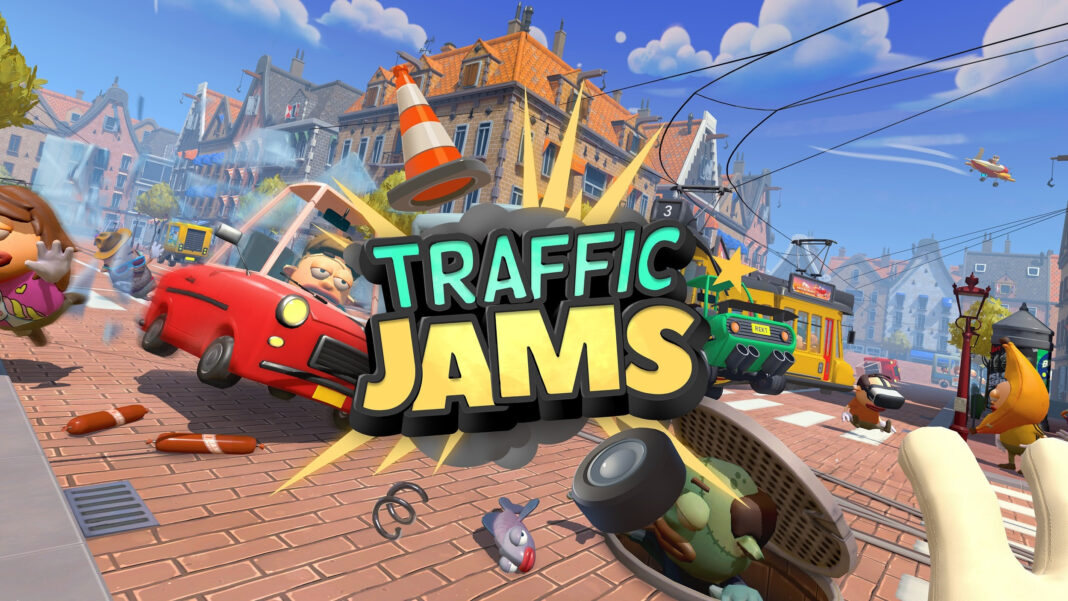 In the world of Traffic Jams all traffic lights have gone out and you are the only one who can keep traffic flowing. Set out on a jam-packed global adventure to the world’s most iconic and chaotic cities as you take on a traffic control gig filled with outrageous events and flagrant road rage. Each city throws its own twists and turns at you, from unlockable events such as “cheese bowling” or chugging frisbees at unsuspecting pedestrians to (un)natural disasters such as spontaneously combusting buildings and the occasional meteorite. Time to prove yourself the ultimate traffic showman as you control traffic your way.

Made it to the top in career mode? Keep your VR headset cool as up to 4 non-VR friends turn up the heat in (couch) party mode, or climb the global ranks!