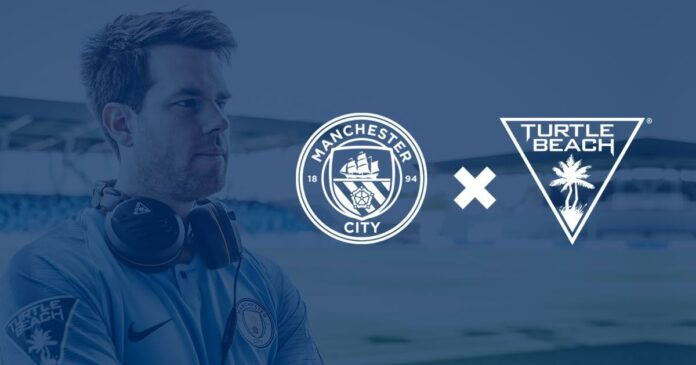 “As the leading brand in gaming audio we’re thrilled to team-up with the Premier League Champions. No matter what the game, competitive play is about total immersion, and that is what the Manchester City players can expect from our Elite Pro series,” said Juergen Stark, CEO, Turtle Beach Corporation. “Manchester City is a truly global brand and while their eSports endeavors are just beginning, we’re ready to embark on the journey with them to help achieve even more success, both on the virtual pitch and off.”

On August 2-4, 2018, both Manchester City players will be competing in the FIFA eWorld Cup Final at the O2 Arena in London. They are amongst the best 32 players in the world who have been competing all year to win their spot at the tournament which will crown the EA SPORTS FIFA 18 Grand Champion.

“We’re very excited to form this partnership with Turtle Beach as the Club expands its esports strategy,” said Damian Willoughby, Senior Vice President of Partnerships at Manchester City.“Both Marcus and Kai are at the top of their game and watching them compete throughout the season has been great, culminating in their qualification to the FIFA eWorld Cup. We are looking forward to working with Turtle Beach and their high-quality equipment to enhance gaming experiences for our players.”

Under manager Pep Guardiola, one of the most highly decorated managers in world football, the Club plays its domestic and UEFA Champions League home fixtures at the Etihad Stadium, a spectacular 55,000 seat arena that City have called home since 2003. Today, the Stadium sits on the wider Etihad Campus, which also encompasses the City Football Academy, a state-of-the-art performance training and youth development facility located in the heart of East Manchester. Featuring a 7,000 capacity Academy Stadium, the City Football Academy is also where Manchester City Women’s Football Club and the Elite Development Squad train on a daily basis and play their competitive home games.