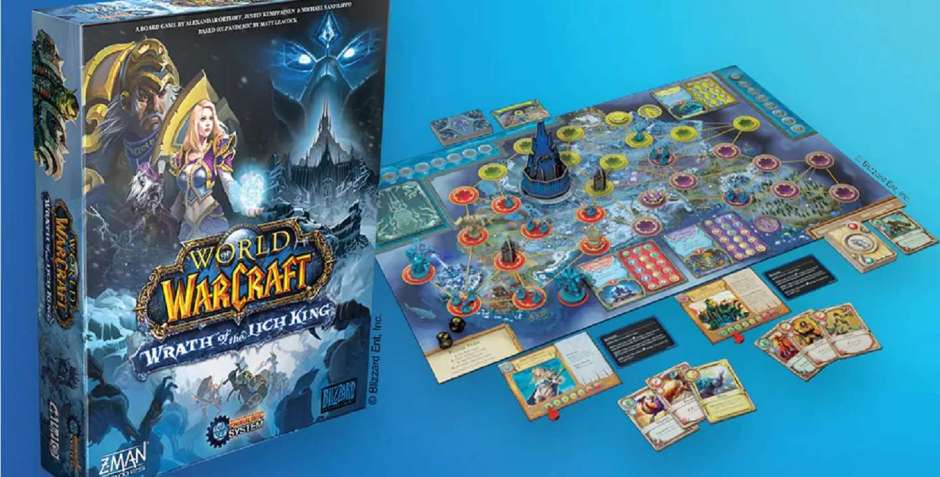 In the Wrath of the Lich King board game, players control one of Azeroth’s heroes and fight their way through the Scourge to reach the throne of fallen Prince Arthas, now feared throughout Azeroth as the terrifying Lich King. Adventure across the frozen continent of Northrend, take on quests, battle monstrous entities, and more to retake Azeroth from the Lich King.

World of Warcraft: Wrath of the Lich King – A Pandemic System Board Game includes: