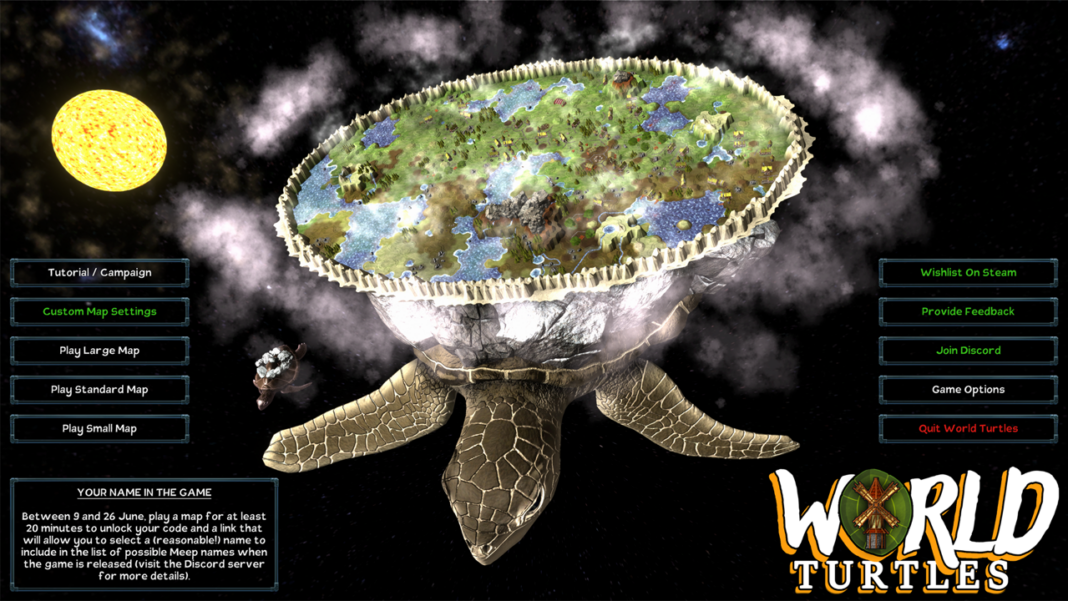 World Turtles is a wholesome strategy game which includes working with the AI realms to interact with the World, the Turtle, and Space itself in a way that ensures the Turtle’s, and the Meeps’, survival. Will you find peaceful, sustainable means of existing in harmony with your world and neighboring Meeps, rather than heartlessly exploiting or conquering one and all? Will you navigate the forces of nature, learn how they work and harness their power to affect progress without destruction? Will you be a part of the journey?

World Turtles is made by a solo developer, Gideon Griebenow, from South Africa as the main ingredient of the nerdiest mid-life crisis he’s aware of. It is the game he’s always wanted to make and he hopes you will try out the free demo, made available for the Steam Next Fest, already today!

This opens up an exciting opportunity, as a token of the developers appreciation, anyone who plays the free demo for at least 20 minutes between 9 and 26 June will be allowed to add a name to the list from which the Meeps select their names when the game is released. Links, unlock keys and further information will automatically be provided by the demo as soon as 20 minutes have elapsed.

“Except for launch day itself, the Steam Next Fest will be the biggest event in my game’s life cycle. With thousands of people watching me stream live and visiting my game page in one week, it’s the perfect opportunity to reach loads of potential real-world Meeps. It’s incredibly exciting to experience this dream becoming a reality!”, says Gideon Griebenow, All-Round Tinkerer of Re: cOg Mission.

The game beat out around 5400 other games to win the #PitchYaGame Industry Pick in June of 2021. Support in terms of wishlists and community feedback has been steadily growing so be sure you take part today.