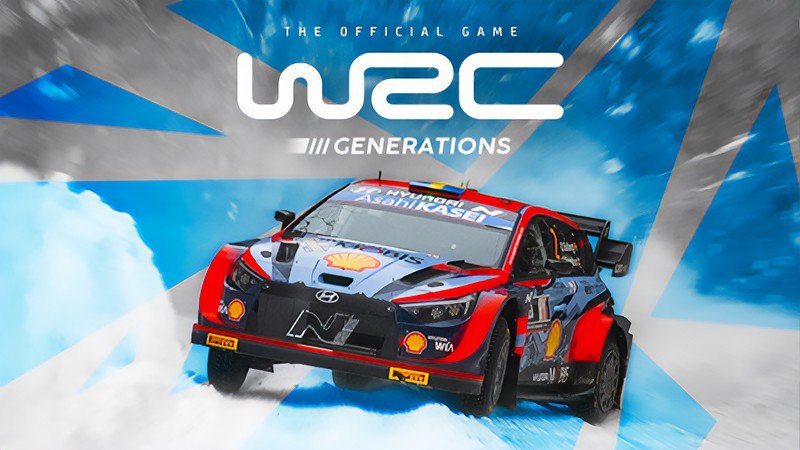 NACON and the studio KT Racing are pleased to announce that WRC Generations, the official video game of the FIA World Rally Championship, is now available in stores on Nintendo Switch™. The digital version will be available later in December.

The latest game from KT Racing is now available for players on Nintendo Switch™, so they can explore the most impressive content ever included in a rally game. League mode, one of the major new features, is a new perpetual ranking system in which players can take on other players of a similar level in daily and weekly challenges, either one-on-one or in teams. The introduction of hybrid cars also adds a new flavour, with more strategic gameplay than ever before in which players have to carefully manage their electrical power after selecting the best mapping for each special stage. The livery catalogue has been introduced, making it possible to share player and community-created livery and stickers, with a voting system highlighting the favourites. Finally, team creation enables players to take on challenges and climb the leader board of their respective group.

To take the specific aspects of the console into account, Nintendo Switch™ players have a separate leader board, meaning the cross-platform features are reserved for the PlayStation®4, PlayStation®5, Xbox One, Xbox Series and PC versions.

WRC Generations, the most comprehensive entry in the series to date, is available on PlayStation®4, PlayStation®5, Xbox One, Xbox Series, PC and Nintendo Switch™.