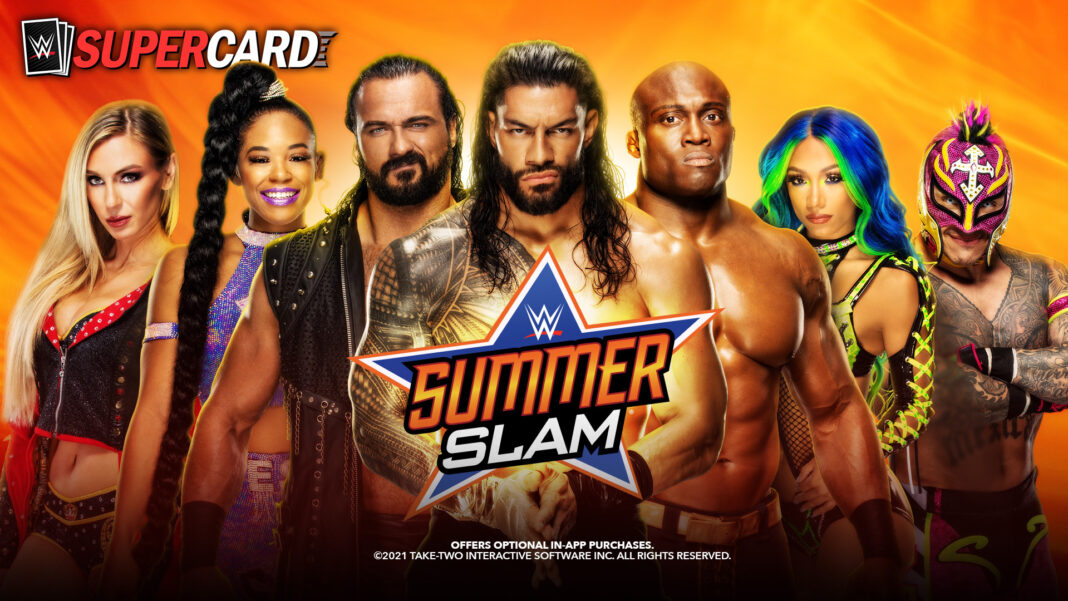 RewardMania brings epic rewards to the ring, as players can earn Reward Coupons from the draft board or from card packs to enter limited-time events. A variety of prizes are available and RewardMania run times can be any length, with events taking place at set intervals. Players only have a limited time to earn Reward Coupons once each event goes live, so always be prepared to game! The first event will kick off on August 25, just in time for SummerSlam.

To cap off WWE® SuperCard’s SummerSlam celebration, players can also salute the return of John Cena with a “Summer of Cena” gift** redeemable for a limited time, consisting of four John Cena cards, 500 SuperCoins and one SummerSlam ’21 Cardback.**

*WWE SuperCard requires iOS 11.0 or later for iOS devices, including iPhone and iPad, as well as requires Android 4.2.1 and up for Android devices. App includes optional in-game purchases.