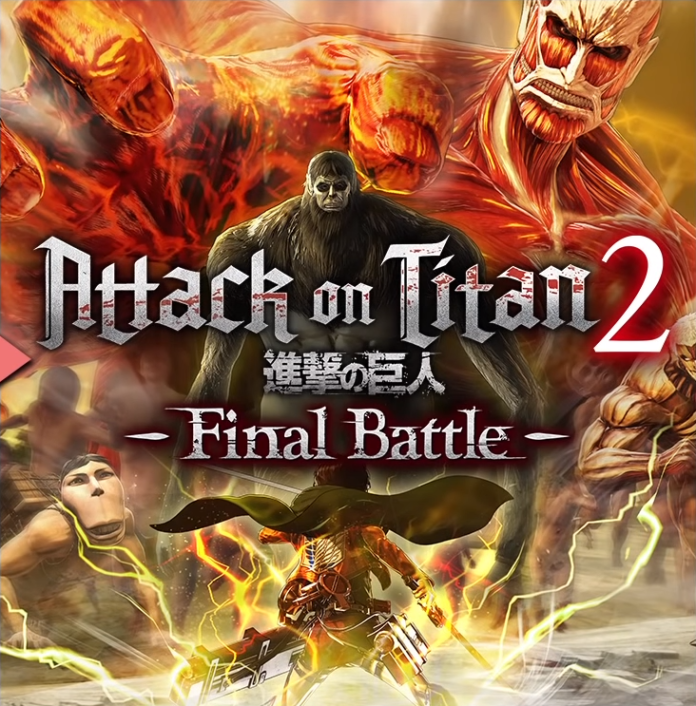 Taking place throughout Attack on Titan Season 3’s timeline, Final Battle’s Story mode plays through selected characters’ points of view with major heroes active in Season 3 – now playable for the first time – boosting the total number of playable characters to over 40. In addition to the content covering seasons 1-3 of the popular anime series, developers will also include original episodes to create a more fulfilling ‘Attack on Titan’ experience.

A.O.T. 2: Final Battle will feature two new gameplay experiences: A frenetic anti-personnel combat feature using omni directional mobility gear and an all-new wall reclamation mode focused on recovering outside territories. Here, players will have an ability to choose a leader of their squad, pick out the members they want to include – even members who were never together in the original work — and set out to reclaim the lands from the Titans. Thunder Spears will also be equipped for battle for the first time, taking down the Armored Titan when a normal blade just won’t cut it.

A.O.T. 2: Final Battle is being developed by OMEGA Force, and will be available on the 5th July 2019for the PlayStation®4 Computer Entertainment System, Nintendo Switch™, Xbox One, the all-in-one games and entertainment system from Microsoft, and digitally on Windows PC via Steam®. The title will be made available for purchase as an Upgrade Pack to fans who already own A.O.T. 2, and will also be available for purchase as a special bundle, combining the experience of A.O.T. 2 alongside the new Season 3 content in one unique package.