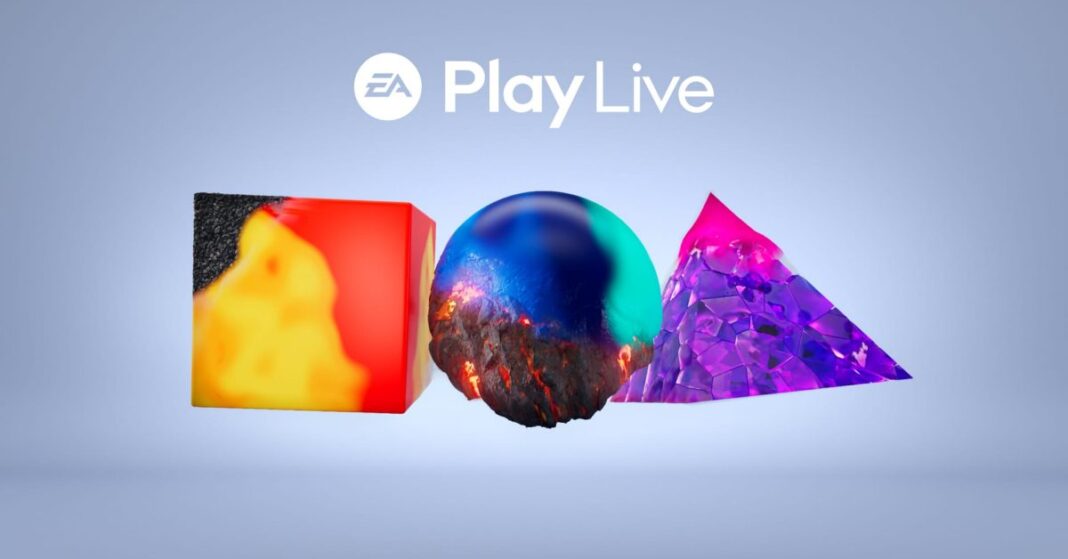 The pre-show started things off recapping what we’ve been up to this summer, highlighted by the announcement that The Sims™ 4 Cottage Living expansion pack is now available worldwide. This news came accompanied with a new “moo-sic” video from indie rocker Japanese Breakfast for her hit single “Be Sweet” — performed in the legendary language of Simlish. And that was just an appetizer.

Next up, we were joined by Respawn to show off Apex Legends™ Emergence, the next major update for the blockbuster first-person shooter. Emergence introduces an entirely new Legend named Seer, a recon-focused character who’s able to track and hunt down enemies — even through walls. The update will also add Ranked Arenas, the next evolution of the new 3-on-3 Arenas mode that’s sure to make these high-stakes contests even more competitive. And speaking of competitive, we also learned that the Apex Legends Global Series will be returning for year two this September, bringing with it crossplay between PlayStation®, Xbox, and PC; Pro League and Challenger Circuit competitions; and a base prize pool of five million dollars. Emergence arrives August 3.

From the vast arenas of Apex Legends, we moved to the more intimate setting of Lost in Random™, the upcoming EA Originals title from Zoink, the award-winning studio behind Fe. Lost in Random introduces players to a dark fairy-tale world where every event is driven by chance. Players must combine tactical thinking with the randomness of dice-based battles through the use of spells, a slingshot, and a living die named Dicey, fighting their way through a series of board game-themed arenas. Lost in Random launches September 10 on the Nintendo Switch™, PlayStation® 4, Xbox One, PlayStation® 5, Xbox Series X|S and PC on Origin and Steam.

From there we went back into the arena with details from Season 2 of the hilariously chaotic dodgeball game Knockout City™. Dubbed “Fight at the Movies,” the new season features a cinematic theme as players explore a new map, the Holowood Drive-In. The new arena features dynamic areas inspired by classic films, from the Cathedral of Horror to the Bridge of Love. Also new this season is the Soda Ball (which blinds opponents with sticky syrup), a lineup of movie-themed gear, a new season of League Play, and new cosmetics, playlists, and more. The season launches July 27 — yes, this coming Tuesday! — on PlayStation® 4, Xbox One, Nintendo Switch™, Origin, Steam, and the Epic Games Store (plus PlayStation® 5 and Xbox Series X|S through backwards compatibility). Xbox Games Pass, EA Play, and Epic Games Store members can play Knockout City for free, and everyone else can try for free up to Street Rank 25.

A BATTLEFIELD OF YOUR OWN

The big news this time is the introduction of Battlefield™ Portal, an all-new, community-driven platform that will give players the ability to discover, create and share unexpected battles. This mode will allow you to take fan-favorite maps from across the Battlefield games and build custom experiences featuring characters, vehicles, gadgets and weapons in near-endless combinations – a whole army from World War II vs. a squad of 2042 Specialists? Of course! Tank vs. Snipers? Absolutely! You’ll be able to set your own rules and go beyond anything you’ve been able to create before in the franchise, when Battlefield Portal launches in Battlefield 2042 on October 22, on PlayStation® 4, Xbox One, PlayStation® 5, Xbox Series X|S, and PC.

RETURN TO THE ISHIMURA

Last, but most definitely not least, our friends at Motive revealed their next project, and it’s a doozy — a Dead Space™-sized doozy. That’s right, Motive is remaking the beloved, critically acclaimed survival horror game, rebuilding it from the ground up to harness the power of next generation gaming hardware. Far more than a remaster, Dead Space will feature completely rebuilt assets and all-new technology, using the powerful Frostbite™ engine to craft a terrifyingly immersive experience — while preserving and honoring the legacy of the original. Developed exclusively for PlayStation® 5, Xbox Series X|S, and PC, Dead Space will be released worldwide on a date that has yet to be announced.