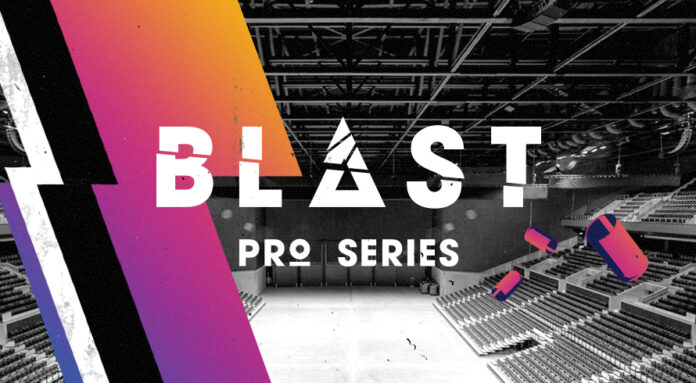 BLAST Pro Series will launch it’s new tournament format in Copenhagen’s Royal Arena in November where more than 10.000 fans will experience the new, compact CS:GO format for the first time ever. Six of the World’s best CS:GO teams will compete in a new, riveting live format with group stage matches and the grand final on the same stage, same day. The tournament is designed with the respect for the players, sport, fans and the general audience, who for the first time will be able to follow the decisive groups stage matches live on stage in the main arena.

The main event in Copenhagen will take place on 25th November with tickets going on sale on Thursday 31st August, but already now the location for the next event can be revealed: BLAST Pro Series is going to US, where invited teams primarily will be North and South American top teams.

With the assistance of PGL Esports, Executive Consultant Anders Blume and a range of both esports and live entertainment heavyweights, RFRSH Entertainment is behind the new, compact esports format, and CEO Nikolaj Nyholm comments on the future plans:

– BLAST Pro Series has been the centre of a lot of attention from many sides, and in connection with the launch of the format in Copenhagen, we will host a number of representatives from more than 20 international cities, who are all interested in experiencing the latest live format within esports. Already now, we are in dialogue with a number of cities including Miami, New York, Austin and others, and we are looking to present BLAST Pro Series in the US in the early months of 2018.

The format is designed to give the audience an even better experience by opening the doors for the decisive group stage matches, which can now be experienced in the main arena.

– By changing the format and inviting 6 teams only, we can present an explosive and compact event, where all fans, partners and rightsholders can plan ahead, and fans can be sure to experience their favourite team live on stage. The final and decisive round of group stage matches will be played 3 matches at a time, on screen in the arena, with one main match on Red Zone Main Screen. Normally it is not possible to experience the final qualification live, and half the teams won’t even be in the arena, but we’re trying to change that by the new format.

– At every BLAST Pro Series live event, we will always present some of the World’s top teams, including regional favourites. This means that the US event primarily will include some of the top teams from North and South America, just like we’re primarily presenting some of the top EU teams for the Premiere in Copenhagen.

– Following the World Premiere in November and negotiations with relevant cities, we aim at presenting 3-4 additional events for 2018, making the BLAST Pro Series a truly global event over the course of the next 12 months, says Nyholm.