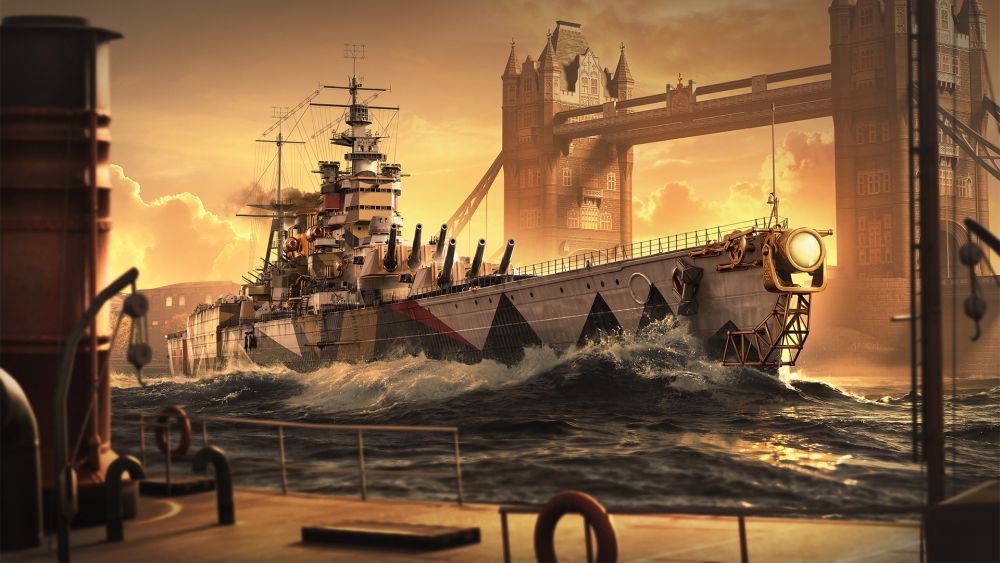 The cat is out of the bag, a boatload of new British content is on its way to World of Warships PC. There will be brand new British battlecruisers going into Early Access alongside the Industry Titan event and also piping hot is the Port of London which has been updated to celebrate the upcoming event.

Want to run ashore after a hard working day and dive into mid-nineteenth century London; the capital of Great Britain, the heart of the Admiralty, and its naval command centre, sending orders across all seas and oceans? You can! Especially for this occasion, the World of Warships team has updated the London Port.

British ships are known for being a real jack-of-all-trades. The long-anticipated British Battleships launching into Early Access are the following:Indefatigable (tier III)Queen Mary (tier IV)Tiger (tier V)Renown (tier VI)Rooke (tier VII)HAWE (tier VIIII)Duncan (tier IX)St. Vincent (tier X)You can earn them by playing online missions and they will stay in your collection after the official launch.

There will be a temporary event called Industry Titans where The Chatham, Elswick, and Clydebank shipyards will compete for the right to be called the best shipbuilder serving the needs of the Royal Navy. Dive into the event on the Live Server to earn British Tokens that you can exchange for Early Access ships, permanent camouflages, and other items.

The game’s Artificial Intelligence behind the bot ships in Training and Co-op Battles will be substantially upgraded. Finally, yet importantly, major enhancements in the Spectator Mode interface that launches when ships are sunk. Flap not, it will be more informative and user-friendly to put the rub on your bezzy.