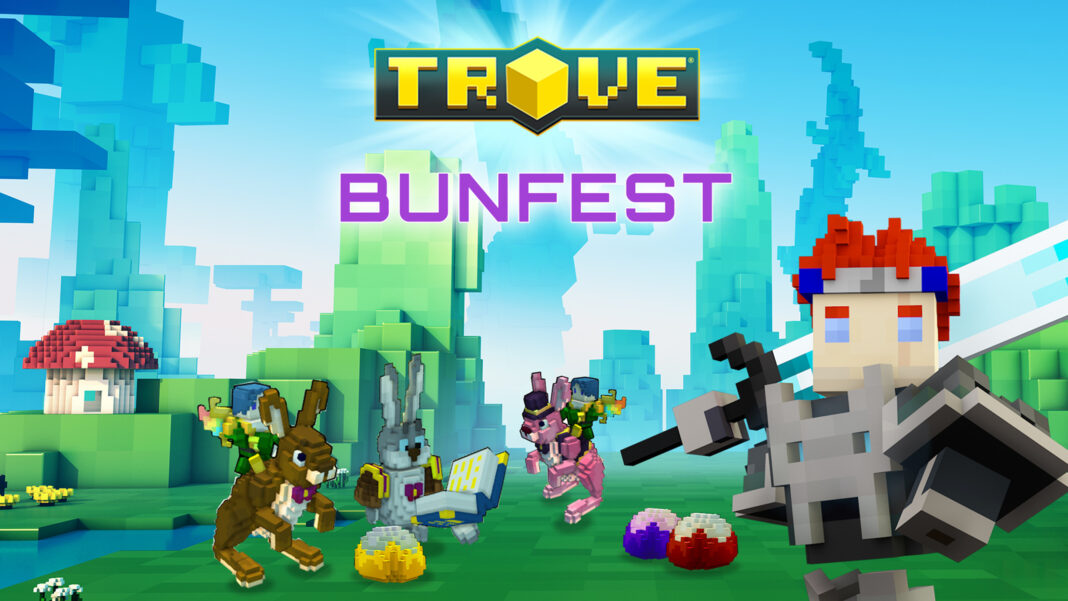 gamigo is HOP-py to announce the return of the BUNNY-est event in its voxel-based MMORPG, Trove. Bunfest 2022 kicks off today until April 18 and requires Trovians to complete quests for new NPCs, uncover hidden eggs of all shapes and sizes, and fight off shadow bunnies. Completing quests will give players the opportunity to earn new banners, mounts, allies, and even bomb styles for Bomber Royale.

For this year’s Bunfest, Trovians can enjoy a BUN-ch of new content that includes a 6-step quest chain, Bunnies finding their way into the Forbidden Spires, and plenty of eggs that were created by other players! Collecting these new eggs may drop mounts – such as the new Easter Basket mount – that will hop when they encounter a decorated egg and very rarely may drop the new Bard Bunny costume.

Returning are the Egg dungeons and Easter Eggs from previous Bunfest events, daily quests from last year’s Bunfest, and access to the Buntopia Delve. The delve now has a new boss adorable bunnies and equally adorable Trovians may want to avoid: the Bunsmasher Giant. Players that don’t heed our warning may receive drops for the Bunster Blaster mount, the Baby Bunsmasher ally, or new Bomber Royale Bomb styles.