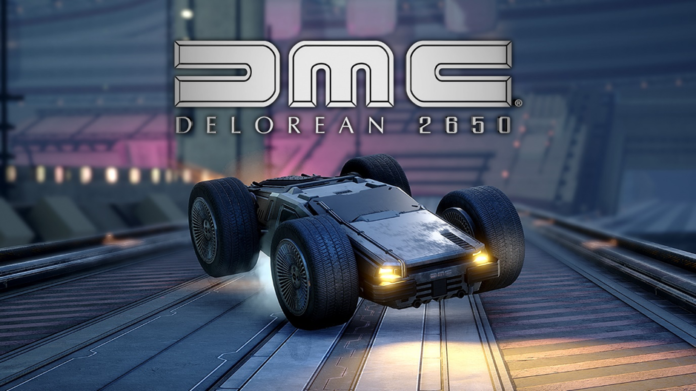 Celebrating nearly a year’s worth of constant updates and costing a mere £1.69 / $1.99 the DeLorean DLC comes hot on the heels of the recently announced GRIP: Combat Racing – AirBlades Vs Rollers Ultimate Edition, on the PlayStation®4, Xbox One, Nintendo Switch™ and Windows PC via Steam®. With less than 9,000 created, even less in existence today, fans of the DeLorean will now have a chance to own their very own.

DeLorean Motor Company, one of the most beloved car manufacturers in the galaxy, has injected its flagship vehicle into GRIP: Combat Racing. Armed, armoured, flippable and jet fuel-injected, it’s the most souped-up DeLorean you will ever see – and pilot. It arrives in two forms: anti-grav AirBlades and regular four-wheeled roller. Check out the trailer below to see how the iconic ‘gull-wing’ doored sports car has been transformed for its debut on GRIP’s more than deadly tracks.