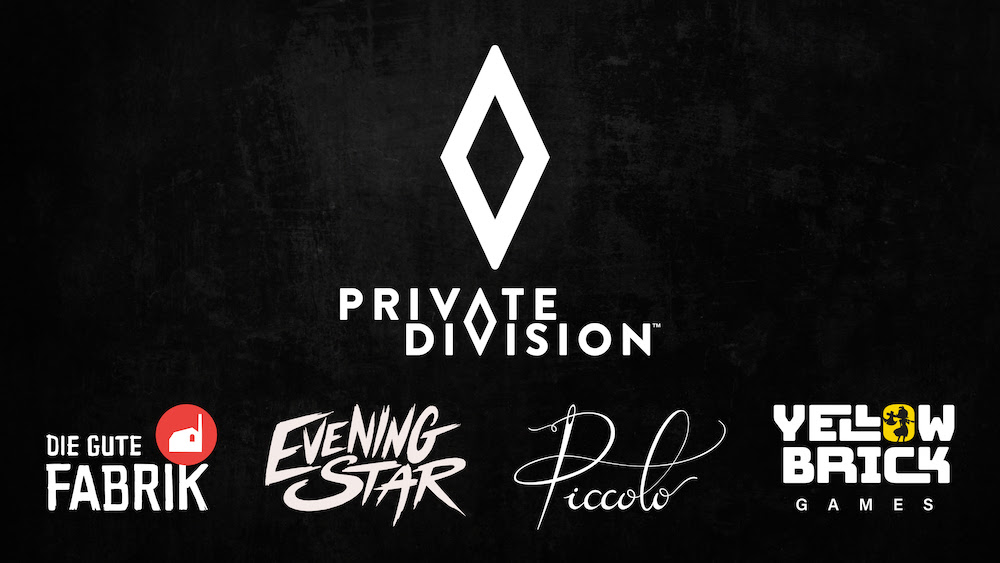 “At Private Division we champion the best creative talent in the games industry, and these four teams and the experiences that they are building represent an array of genres that will appeal to many different gaming audiences,” said Michael Worosz, Executive Vice President and Head of Private Division. “Die Gute Fabrik, Evening Star, Piccolo Studio, and Yellow Brick Games each have their own wildly diverse creative visions, and we’re thrilled to help introduce their games to the world.”

Die Gute Fabrik was founded in 2008 by Nils Deneken and is now led by CEO and Creative Director Hannah Nicklin. The Copenhagen-based company develops story-driven games and are best known for 2019’s IGF and Indiecade award-winning Mutazione, a mutant soap opera where small-town gossip meets the supernatural. Die Gute Fabrik aims to draw inspiration from a variety of disciplines and histories, and to push the boundaries of what games can be. The team is creating a new story-driven game.

“We’re excited about how strongly Private Division shares our vision for the experience we want to build for our playing audience, and for the ethos with which we’re collaborating on the process,” said Hannah Nicklin, Studio Lead and Creative Director at Die Gute Fabrik. “We’re so thrilled about our next story-driven adventure game and the team we’ve brought together to create it, and we can’t wait to share more down the line.”

Evening Star was founded in 2018 by Christian Whitehead, Dave Padilla, Tom Fry, Hunter Bridges, and Brad Flick, and is headquartered in Los Angeles with additional operations in London and Melbourne. The founders previously worked on the critically-acclaimed Sonic Mania Plus for SEGA. Their debut title is an unannounced 3D action platformer utilizing their proprietary Star Engine.

“We are focused on leveraging the team’s unique backgrounds with an aim to develop electrifying experiences charged with our signature sense of style,” said Dave Padilla, CEO at Evening Star. “Private Division has been a fantastic partner, and their team is equally passionate about our vision.  As we grow the studio, we are excited to share more about the new world we are creating.”

Piccolo Studio was founded in 2015 by Alexis Corominas, Jordi Ministral, and Oriol Pujado when the three friends left their successful advertising agency in Barcelona to pursue their passion for videogames. After enlisting many of Spain’s most talented game developers, Piccolo’s debut title, Arise: A Simple Story, garnered critical acclaim for its storytelling and gameplay. They are developing a unique new IP in partnership with Private Division.

“At Piccolo Studio, we craft stories that are very personal yet center on universal themes that have an impact on everyone who plays our games,” said Alexis Corominas, Co-Founder of Piccolo Studio. “We tell our stories in unique ways, and we’re thrilled to have found a publisher that supports our vision and is equally invested in seeing the story reach a wide audience.”

“I find myself energized by the challenge of helping build a new studio—full of incredible talent, ambitious ideas, and real focus on our product—while taking risks that might not be possible in AAA game development,” said Mike Laidlaw, Chief Creative Officer at Yellow Brick Games. “We want to deliver something special for our debut title, and partnering with Private Division provides our team with the support to create a game that’s truly memorable.”

In collaboration with these developers, Private Division will announce more details about each specific project in the future. All four titles are currently in early development, and do not currently have announced release dates. The first of these titles is not expected to launch until Take-Two’s Fiscal Year 2024.

To stay up to date on announcements from Private Division, sign up for the newsletter: https://www.privatedivision.com/newsletter/