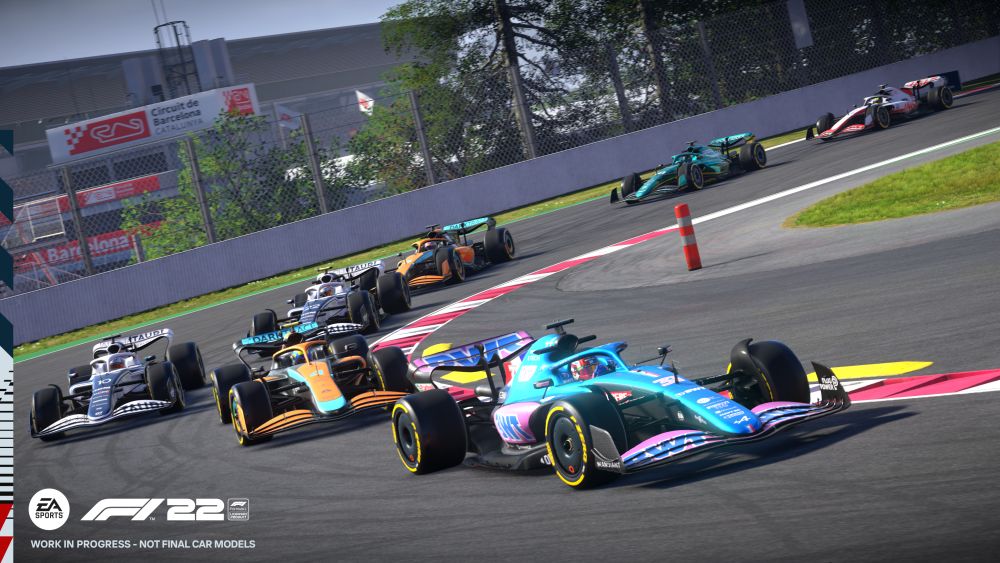 Codemasters® and Electronic Arts Inc. (NASDAQ: EA). in partnership with Formula 1®, today released the launch-day Driver Ratings for EA SPORTS F1® 22, releasing on July 1 for PlayStation®5, Xbox Series X|S, PlayStation®4, Xbox One, and PC. Filmed in Baku and Canada with the 2022 line-up, teammates came together for a ‘Guess the Rating’ challenge, with cameras rolling to capture every moment, including the rating reveal. The dynamic ratings in the game’s My Team mode will update every few races, reflecting the action and drama on and off the track.

For the first time, Codemasters has changed the algorithm, so the stats are more representative of a driver’s current form and less reliant on their legacy. Formula 1® experts Anthony Davidson, David Croft, and Alex Jacques have also collaborated with the studio to look beyond the pure data and separate man from machine. The launch day ratings are compiled up to and including this year’s FORMULA 1 GRAND PRIX DE MONACO 2022. The dynamic ratings are broken into four categories alongside an overall score. The categories are:

“Now a mainstay for other EA SPORTS titles, our dynamic Driver Ratings continue to stir the drivers’ emotions, and it’s great to see the camaraderie and banter between teammates,” said Paul Jeal, F1 Senior Franchise Director at Codemasters. “Our new panel of F1 experts will work closely with us to ensure F1 22 reflects what happens on the track, and we know the updates will lead to even more debate over the course of the season.”

The full in-game F1® 22 Driver Ratings for launch are:

The F1® 22 Driver Ratings are a key element of My Team, the driver-owner game mode. New for 2022, My Teamnow includes three starting points: Newcomer, Midway Challenger, and Championship Contender, allowing players to decide if they want to work their way up from the bottom or go for the win straight out of the gate.

F1® 22 will release July 1, 2022, for PlayStation®5, Xbox Series X|S, PlayStation®4, Xbox One, and PC via Origin and Steam. Players can pre-order the digital-only F1® 22 Champions Edition for additional content and three days of early access*.