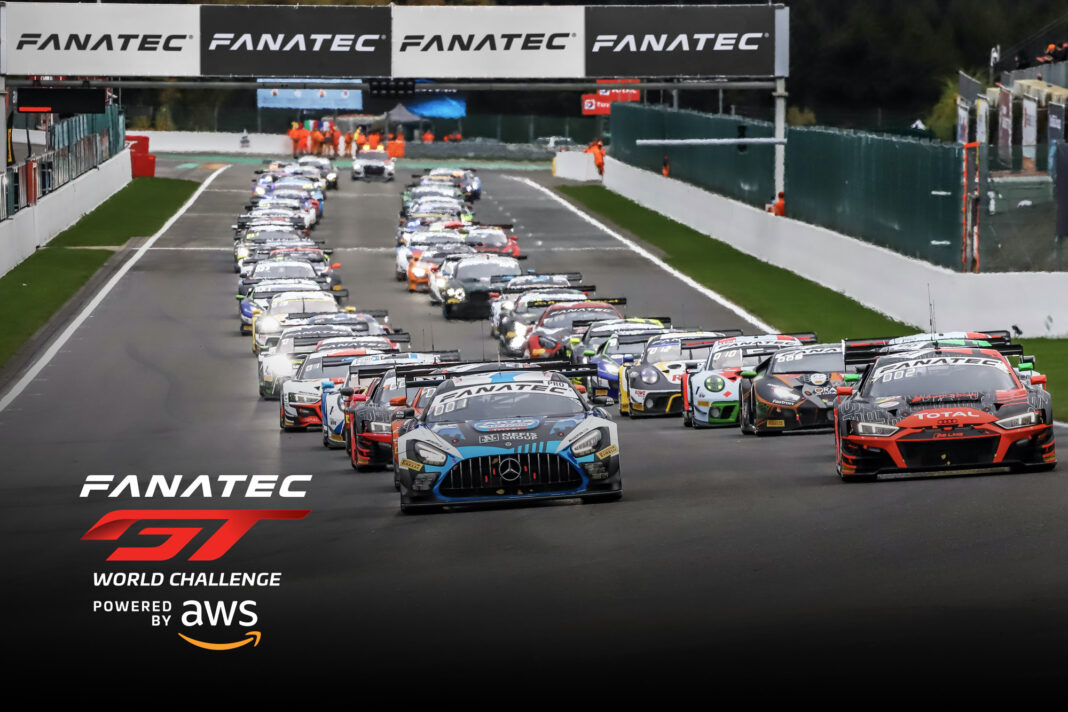 Fanatec, the leading manufacturer for sim racing equipment, extends the partnership with the SRO Motorsports Group to create a championship that merges real motorsport with esports in ways never seen before.

In 2020, Fanatec and SRO Motorsports Group began a hugely successful esports partnership. Now it will expand with a multi-year deal that will see Fanatec become the title sponsor of the GT World Challenge Powered by AWS as well as the new GT2 European Series. The GT Sports Club concept has evolved into the GT2 European Series which will have five rounds in the 2021 season featuring high-powered models from Porsche, Audi, KTM, and Lamborghini.

Fanatec and SRO will integrate sim racing and real-life racing during all five rounds of the GT World Challenge Europe Endurance Cup including the Total 24 Hours of Spa. Assetto Corsa Competizione, the official video game of Fanatec GT World Challenge Powered by AWS, will be used to host esports contests at each event where both Pro and Silver teams nominate one actual race driver to participate in a virtual race which awards championship points.
This groundbreaking concept will see sim racing directly influence the outcome of a real-world championship, a first in global motorsport, and sets the benchmark for other series to follow. The official rules and regulations will be announced at a later date.

Fanatec CEO, Thomas Jackermeier comments on the evolution of the partnership:
“This is truly a groundbreaking milestone for motorsport as well as for esports. Never before have we seen an athlete compete in both virtual and real life for championship points. This increases the importance of sim racers for race teams and in future you will rarely see a race driver who is not training in a simulator at home. I hope other racing series will follow as this is a great way to reach a young audience and allows online-races at any time of the year at minimum cost. A great and entertaining addition to the loud and exciting track racing we all love.”

Stephane Ratel, SRO Motorsports Group founder and CEO:
“We are proud to be at the forefront of another revolutionary moment as the first championship to merge virtual and real racing. It is clear that GT racing is immensely popular within the esports community, which speaks to its potential globally. As a leader in its field of expertise, Fanatec can play a crucial role in the project.”

Marco Massarutto, Co-Founder and Executive Manager at Kunos Simulazioni SRL:
“The worldwide lockdown forced motorsports to engage with virtual driving more so than in the past, and its potential has been better understood and is now seen as a legitimate complementary tool to real-world racing, which continues to remain irreplaceable. Nevertheless, we believe that this initiative can bring drivers even more competition, offering the public a renewed and interesting vision of motorsports, be it real or virtual.”