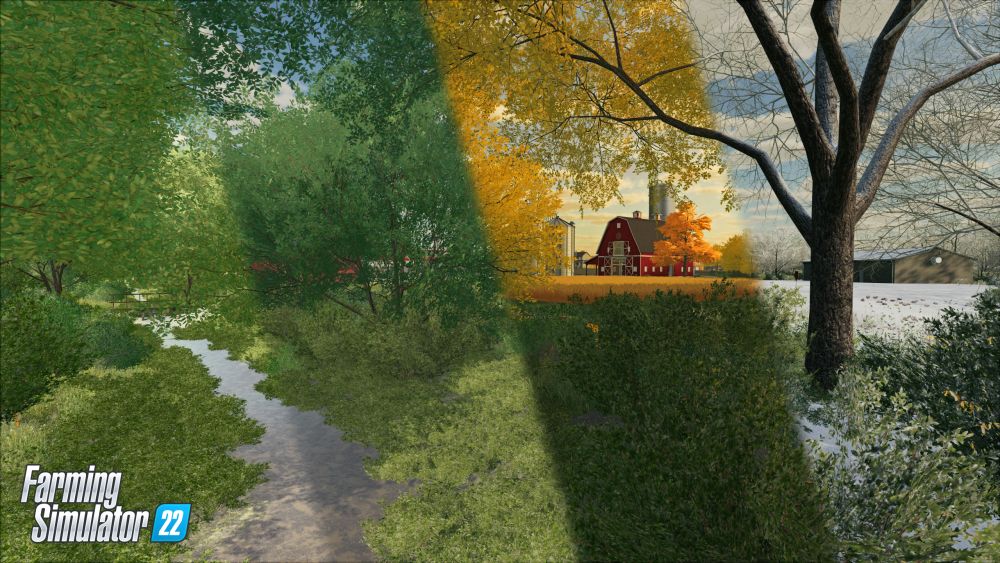 Farming Simulator 22 is coming this year, will be bigger and better

Cultivated to be bigger and better the ultimate and multimillion-selling farming simulation returns this year! Farming Simulator 22 will come to PC, PlayStation 5, Xbox Series X|S, PlayStation 4, Xbox One, Mac and Stadia in Q4 2021. The game will not only be developed by GIANTS Software but published, too. The international, Swiss-based company is raising the quality by full self determination.

Once again, the family-friendly game series takes a leap forward. With new features and improvements, Farming Simulator 22 will allow every aspiring farmer to creatively build their farm no matter the age or real-life profession. Either on their own, or cooperatively in multiplayer for up to 8 players on consoles and 16 on PC, Mac and Stadia. New crops, new maps, new machines and new brands are just the beginning of what players can expect. And on top of that, cycles as well as other features to be announced soon!

Pushing snow – and the depths of simulated farming!

Farming Simulator 22 will offer more depth thanks to a variety of new additions and therefore the highest extent of player freedom in the history of the series. Two new maps plus an updated alpine Erlengrat map will put emphasis on different kinds of farming operations through the seasons.

With a set of more than 400 machines and tools from more than 100 authentic agricultural brands including new categories, players can look forward to an improved and realistic-as-ever simulation. But even for new players, it will be easy to dive into agriculture, animal husbandry (including cuter animals) and forestry.

Based on the GIANTS Engine 9, Farming Simulator 22 features many technical improvements such as more realistic AI behavior and richer worlds. Thanks to those worlds, players will be drawn even deeper into the virtual farming lifestyle: For example, motor sounds of their tractors appear even more realistic through acoustic gear selection and graduated reverberation.

Better performance on all platforms: With DirectX 12 support on Windows, texture streaming, multithreading optimization, occlusion culling and temporal anti-aliasing amidst other optimizations, the newest Farming Simulator will receive a performance boost on all systems laying the foundation for even more complex mod customization to enjoy more content.