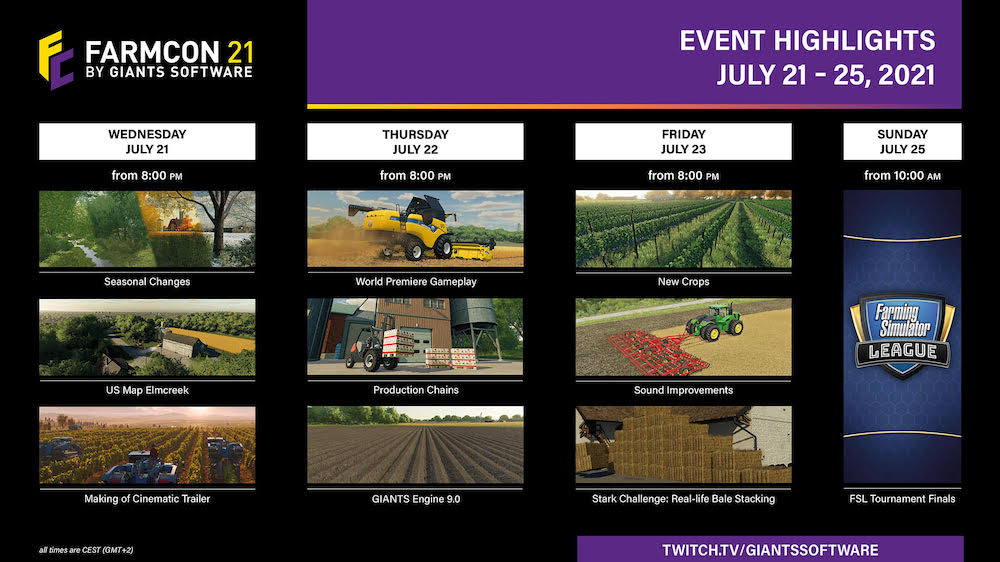 Each day, from July 21st to July 23rd, GIANTS will stream for a couple of hours, starting at 8pm CEST. Viewers can expect exciting insider information directly from the developers: Viewers will get a deeper look into already announced features like production chains and witness the reveal of even more content and unannounced gameplay mechanics.