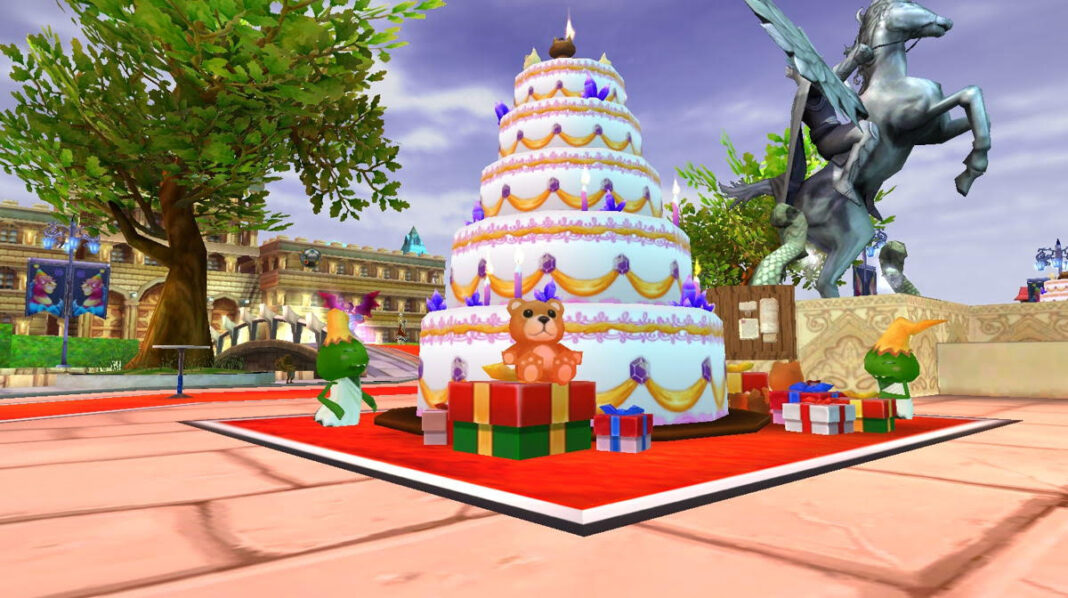 Starting today through November 23rd, players can join the Cupcake War Kingdom quest to fight opponents by flinging frosted foods at them. Once the battle for dessert dominance is complete, players will receive Anniversary Tokens that can be submitted to the Sugar King and used to purchase in-game anniversary items. When players aren’t exhausting the cupcake baker by destroying his wares, they can join a special anniversary quest chain that has then completing birthday-themed tasks.

The main town areas in Fiesta Online will resemble something Willy Wonka dreamed up. Flavorful flora, sweet saplings, gooey gumdrops, and literal chocolate fountains are just some of the festive decorations players will come across. Just be sure to brush your teeth after each login. Your dentist will thank you.gamigo14