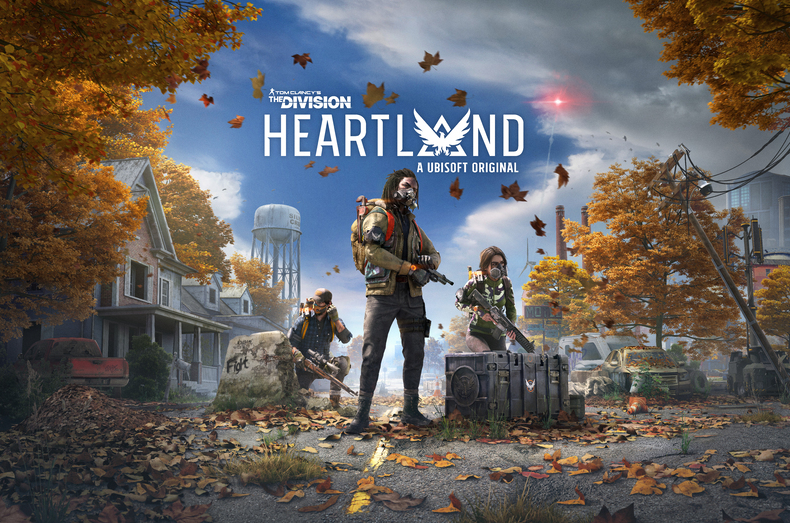 The Division Heartland, a survival-action multiplayer shooter set in small-town America within the Division universe, will be available in 2022-2023 on PC, consoles, and cloud. Players can sign up for future closed tests at thedivisiongame.com.

This standalone free-to-play The Division game introduces new playable characters in a rural setting, far from the events in New York and Washington D.C. Silver Creek was once a pleasant town in the American Midwest, but it was left in ruins following the spread of the Dollar Flu. Players will take on the role of loyal Division agents from across the nation responding to a call for help. Fighting alongside and against other trained agents, players will explore the secrets of Silver Creek and provide hope to what remains of small-town America.

Development is led by Red Storm*, a veteran team who has worked on the franchise since the first The Division game. The team is bringing a test-and-learn mindset to the development of the game, continually conducting test phases with the community to gather and implement feedback before moving to the next phase.

The new season follows the story of the latest target to track down – General Peter Anderson. Hungry for power, and with the True Sons looking for direction after the fall of Antwon Ridgeway, General Anderson sees an opportunity to build a new team and take down The Division. General Anderson is brokering a peace with the Black Tusk and The Division must locate and neutralize Sokolova’s advanced team (Trig, Micro, Chirpy and Lucky) before the merger is complete. Season 10 is the second of three seasons for Year 4 of the Division.

For more details about everything available in Season 10, tune in to a Division 2 livestream on September 12th, 4 pm CEST / 7 am PST.

At Forward, The Division 2 also announced it has begun work on Year 5 content for next year.

In July, The Division Resurgence held a successful closed alpha, with players enjoying the graphics, gameplay and open world. Players who did not participate in the closed alpha now have a chance to play in the closed beta, which will take place this fall.

Players in the closed beta will have a chance to participate in some of the familiar iconic PvP modes in The Division franchise. This includes the popular Dark Zone, a unique PvPvE mode that features the city’s most dangerous enemies – but plenty of gear and equipment. Players will rediscover the Dark Zone at the palm of their hands. Conflict, a PvP mode featured in The Division® 2, will also be part of the closed beta. Domination, one of the modes in Conflict, will be available at closed beta, while Skirmish will be added at a later time.