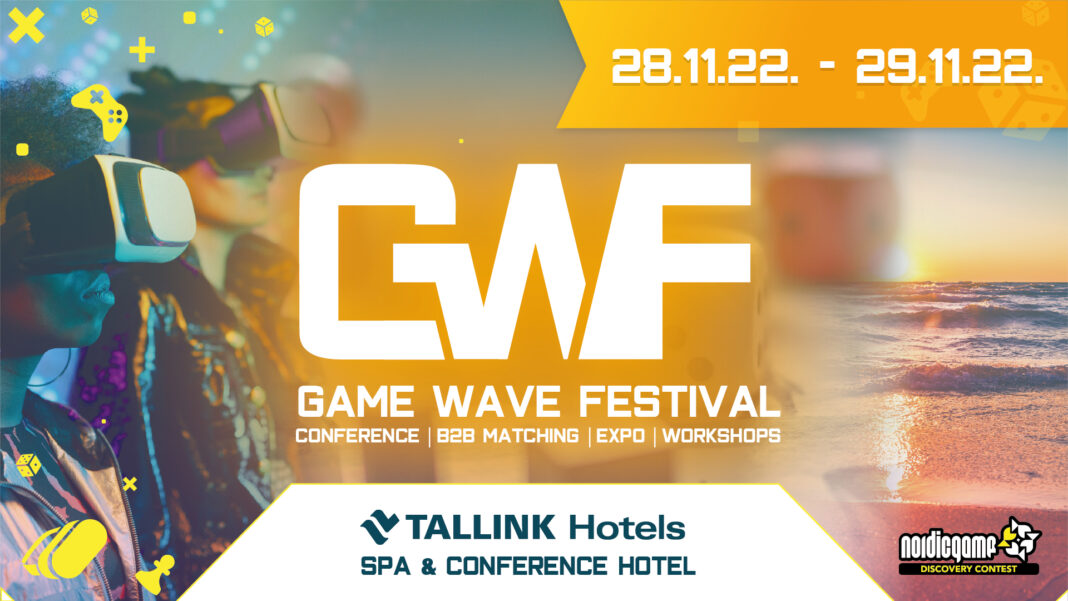 The Game Wave Festival (GWF) has announced the first round of speakers and agenda for the conference taking place on November 28-29, in Tallinn, Estonia at Tallink Spa & Conference Hotel.

The Game Wave Festival is a business, education and entertainment event for the gaming industry professionals. The two-day conference brings vast opportunities for networking, learning and collaboration. Several gaming industry experts will be presenting different topics that can help aspiring gaming developers and enthusiasts to progress in their careers. The topics include:

The agenda can be found here.

The great lineup of speakers includes industry experts from well-known game companies, game developer associations and other players in the field. See below some key speakers for Game Wave festival.

Ria Gynther is a Game Industry all-rounder from Finland with 5+ years of experience in the industry. She has been working with different organizations like IGDA Finland, We in Games Finland and Game Makers of Finland for years. Ria’s speech will be about the Game Industry Trade Mission to South Korea.

Ari Arnbjörnsson is an Unreal Engine evangelist. His latest work before joining Epic Games was as a lead programmer on Housemarque’s BAFTA-winning Returnal for PlayStation 5. Ari will be sharing his knowledge about Maximizing your game’s performance in Unreal Engine.

Aleksei Shatunov in the past few years has been working mostly as a freelance artist/illustrator for studios like Marvel, Upper Deck, and Ringtail studios, creating all sorts of things for game development. Aleksei will present the topic From Traditional to Digital.

Aleksandr Prokopchuk is a technical artist at Vizor Interactive and has extensive experience with Unreal Engine. He will provide a workshop on Hands on Game Profiling with Unreal Frontend

Antti Martikainen comes from Finland and has a long career in HR and now he helms Virtual Dawn – A pioneer of Virtual Reality. Antti has been part of popularizing XR and finding ways to bring the latest future technologies for everyone to use. His topic will be Become a creator for the future Metaverse – Introducing VR Game Creation platform for Unity