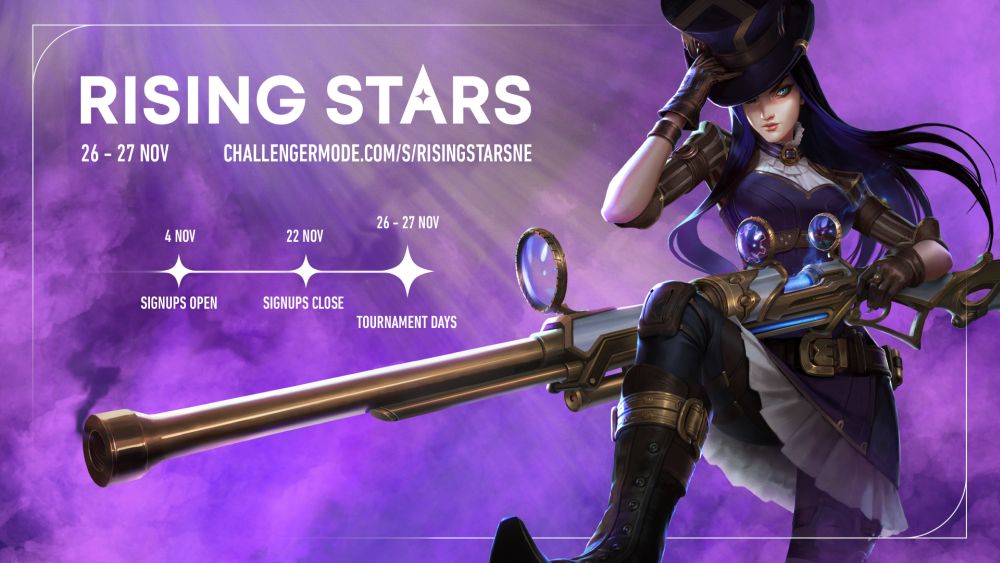 Riot Games, in collaboration with GGTech and NUEL, has announced the launch of a new women’s League of Legends standalone tournament called “Rising Stars”.

To promote inclusion and opportunities in esports, each competing team is required to be entirely composed of women as well as being over 16 years of age.

The tournament is being held online on November 26th and 27th, and is primarily geared towards participants from the Northern European region (UK, Republic of Ireland and the Nordics) though is also open to the rest of Europe. All matches will be played on the EUWest server and will require a League of Legends account in good standing.

The players in the Rising Stars tournament will be competing on Riot Games’ debut title, League of Legends, and will battle for a £3,000 prize pool.

Player registration will include gender verification in collaboration with DivE, an organisation promoting gender diversity in esports who already assists in the EMEA operation of Riot Games’ VCT Game Changers tournament and Wild Circuit Game Changers. Moderators will also be present throughout the tournament to ensure and support a safe space for all participants.

Players can register to participate in Rising Stars up until November 22nd here: https://www.challengermode.com/s/RisingStarsNE

The broadcast of the event will be produced at the Confetti Institute of Creative Technologies in Nottingham, with Esports Production students, supported by GGTech and NUEL staff, taking the lead to develop their skills and experience.

Will Attwood, Competitive Experiences Manager, Northern Europe at Riot Games, said: “Riot Games is committed to creating more opportunities for women gamers; Game Changers has been a huge success for VALORANT and will continue to expand into other games. Rising Stars, as a local, standalone tournament, is another example of the work that we and our partners can do to promote diversity and inclusion in the esports community. The fact that we’re also able to support students taking their first professional steps in the industry is the cherry on top.”

David Jackson, GGTech/NUEL Country Manager, commented: “Esports is a fantastic arena for all gaming enthusiasts to engage and compete during the winter months and the Rising Stars tournament is the perfect platform to bring people together. All players who participate in esports competitions should be made to feel included and welcome, so it is great to see the work that Riot Games and DivE are doing in this space.”

Rising Stars will be broadcast live on Twitch here – https://www.twitch.tv/thenuel

Those interested in following the tournament can also join the official Rising Stars Discord and Twitter channels.