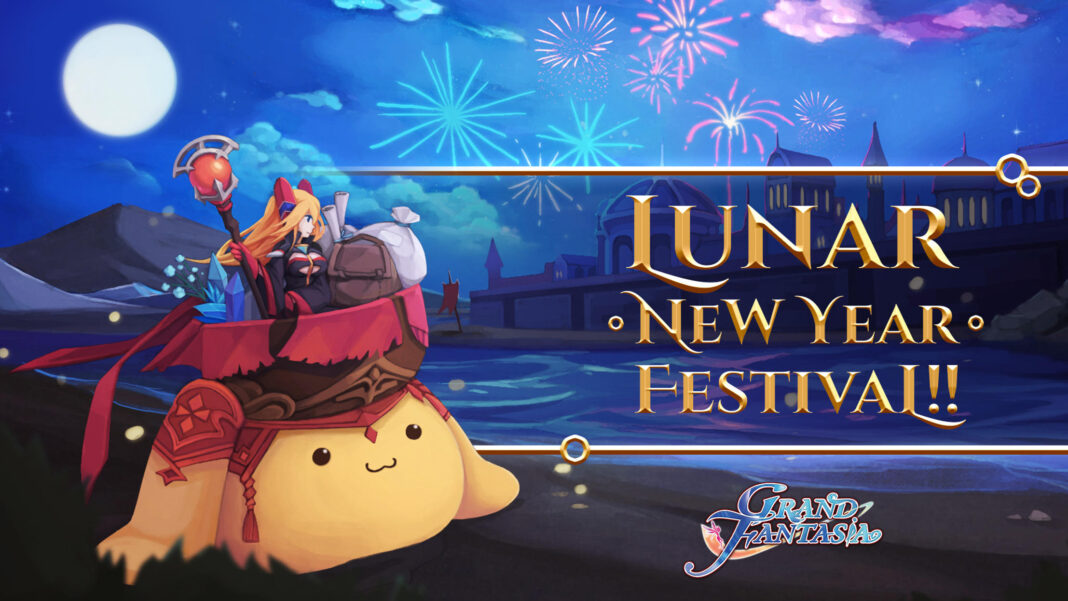 The Lunar New Year is upon us, and Grand Fantasia is celebrating the year of the tiger with several fun in-game festivities! Today’s Sprite Extravaganza update also delivers more usable sprites, more visible buffs, and other player-requested improvements.

For the Lunar New Year, Messengers are tasked with helping Sprite Hujia deliver gifts he has accumulated over the years to his family back home. Assisting Sprite Hujia will be no easy task as players need to escort him past evil doers that will stop at nothing to earn his sweet loot. If players help him survive long enough to deliver gifts to his family, they’ll be rewarded handsomely in addition to earning a special title.

But – what’s this? A Valentine’s Day-themed event is launching with this update too? Love is also in the air in Grand Fantasia and Sayla needs help from Messengers to confess her feelings to a soldier in Kaslow. She’s running late for her big confession and needs players to get her prepared love letter that’s been locked away in a chest. As long as players promise to not read its contents, they will earn a reward and the title “The True Meaning of Love” once they bring this lovely couple together.

In addition to these two special quests, Grand Fantasia also includes the following: