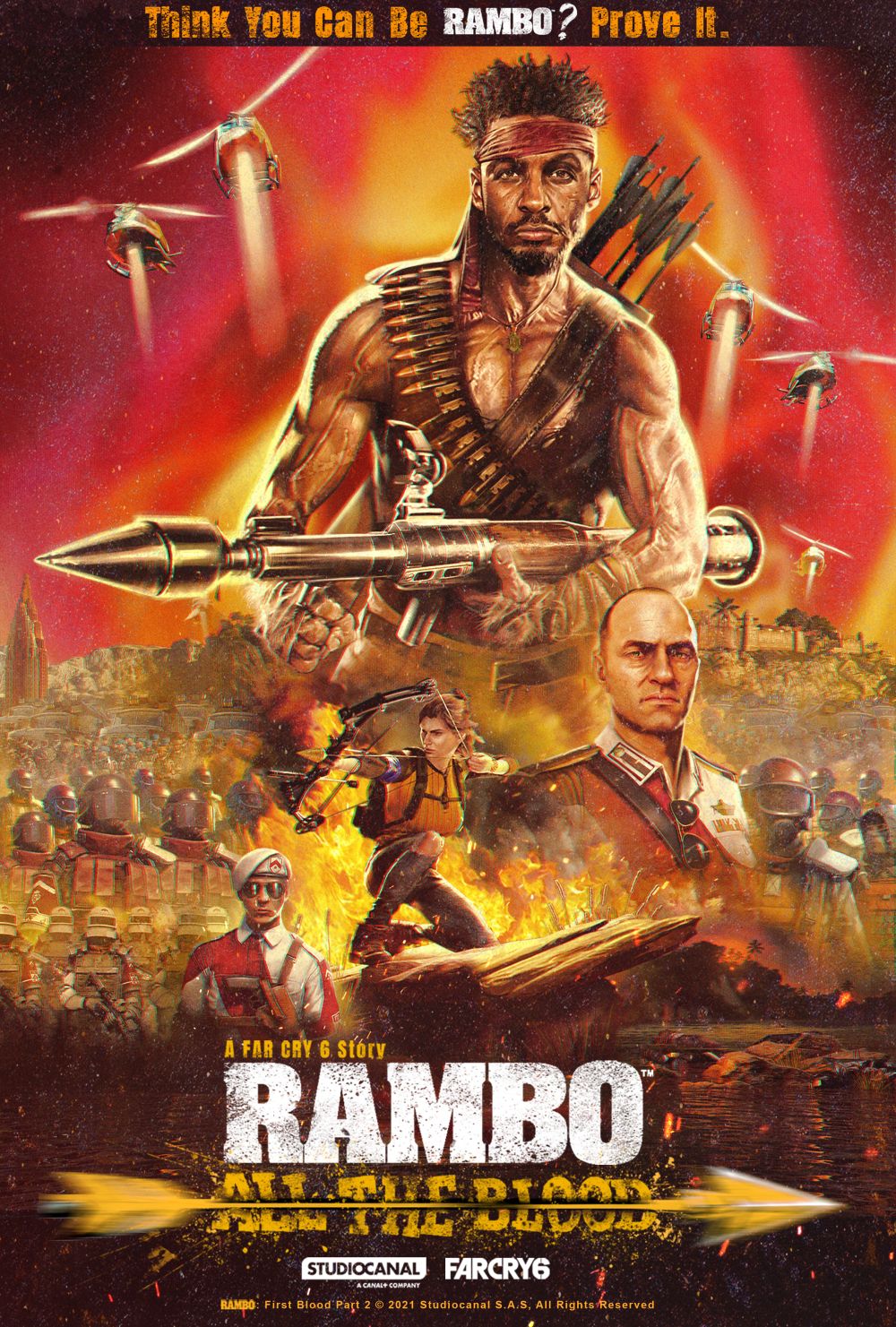 Today, Ubisoft® announced that “All the Blood”, a new free mission inspired from and paying homage to the first three RamboTM movies, is now available for all Far Cry 6 players. Ubisoft signed the deal with STUDIOCANAL, rights holder to Rambo I-III movies in order to bring this special event to life. Far Cry 6 is available worldwide on Xbox Series X|S, Xbox One, PlayStation®5, PlayStation®4, as well as Windows PC through the Ubisoft Store and the Epic Games Store. Players can also subscribe to Ubisoft+ on PC, Stadia* and Amazon Luna**.

In “All the Blood”, players will be meet and help a RamboTM superfan against the Yaran military in a blood-soaked rampage of vengeance straight out of an 80’s action blockbuster, blending stealth with over-the-top action and references to iconic RamboTM moments. Upon completing the mission, players will unlock the Vengeance Bow, a deadly explosive weapon effective against helicopters and heavy units. Upon unlocking the Vengeance Bow, it will be available to use permanently within the main game.

Starting today, players will also be able to purchase the RamboTM Bundle, giving them access to Rambo-inspired gear to customize their characters with, featuring the iconic gear, weapon, vehicle, and more from cinema’s most notorious guerrilla soldier.

Since its worldwide launch on October 7, 2021, Far Cry 6 added new Special Operations, a Danny Trejo mission, as well as two major DLC as part of the Season Pass, Vaas: Insanity and Pagan: Control. The third and final DLC, Joseph: Collapse, is set to release shortly.

Discounts of up to 40% off select editions of Far Cry 6, as well as up to 25% off the Season Pass for Far Cry 6 owners, will go live this week across PC, console, and Stadia stores.

For more information on Far Cry 6 and its Season Pass, please visit Farcry.com.