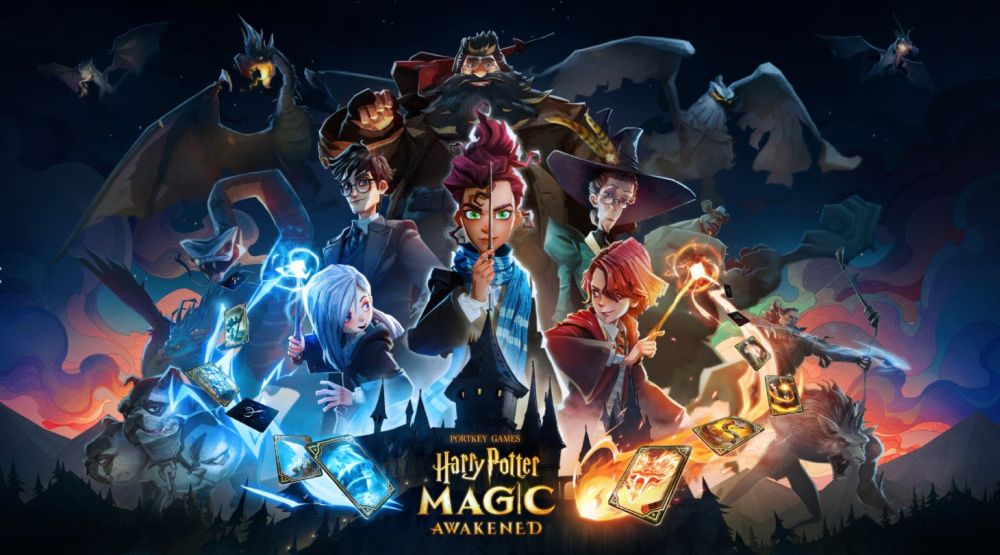 Co-developed and co-published by Warner Bros. Games and NetEase Games, Harry Potter: Magic Awakened will launch globally later this year for iOS and Android as the latest title under Portkey Games, the label dedicated to creating new mobile and videogame experiences inspired by the Wizarding World that place the player at the centre of their own adventure. Harry Potter: Magic Awakened is a multiplayer wizarding dueling game that offers an immersive role-playing journey with deep strategy play that fulfills the fan fantasy – all beautifully rendered in a unique art style.

Merging the talents of two gaming and online entertainment powerhouses, both companies collaborated on every aspect of development to ensure an accurate representation of the wizarding world, from early concepting and art design, to the story’s plot and overall gameplay system. Released in Chinese Mainland, Hong Kong, Macau and Taiwan regions in September 2021, Harry Potter: Magic Awakened was the biggest mobile game launch of 2021, topping local App Stores as the no. 1 game and surpassing all new globally released mobile titles in revenue in its first four months of the year, according to analytics platforms including Sensor Tower. Pre-registrations and closed beta tests will also begin for players residing in other Asia territories later this year.
“With Harry Potter: Magic Awakened, we have worked jointly with NetEase Games to create the most robust multiplayer experience set in the wizarding world and we are very excited to launch the game globally,” said David Haddad, President, Warner Bros. Games. “Harry Potter: Magic Awakened utilizes the best-in-class development and publishing capabilities of both NetEase Games and Warner Bros. Games to bring players a captivating gameplay experience with compelling features, an in-depth collectible card system and beautifully distinct art style.”

“Harry Potter: Magic Awakened has been a huge success with our current players and the fan reception has been extraordinary,” said William Ding, Founder and CEO of NetEase, Inc. “We are excited to open this title to a worldwide audience, and we believe fans of one of the world’s biggest brands will be delighted that they can embark on adventures and experience an immersive story through a marvelous journey in the wizarding world, with infinite possibilities empowered by magic.”

In Harry Potter: Magic Awakened, players will begin as young witches and wizards who have just received their acceptance letters to Hogwarts School of Witchcraft and Wizardry. Fans can customize their own character and go on to experience all the hallmarks of a magical education including purchasing school supplies at Diagon Alley, wearing the Sorting Hat to be sorted into a House and competing in the Duelling Club.

Witches and wizards will also embark on a riveting new story, featuring familiar faces from the original Harry Potter series and new characters alike. As players progress, they will learn spells and charms that can be cast through the form of cards. Players need to accumulate magical knowledge to master these spells, devise unique strategies and form winning combinations – learning what to cast and when – as they venture through increasingly challenging trials, duel other players and master the magic in their own illustrious wizarding journey.

Starting today, players from the Americas, Europe and Oceania can pre-register for Harry Potter: Magic Awakened on Google Play or the game’s official website at www.MagicAwakened.com to receive exclusive rewards once the title is released. Players can unlock additional rewards including in-game currency, cosmetic items and a Niffler card after surpassing each pre-registration tier.