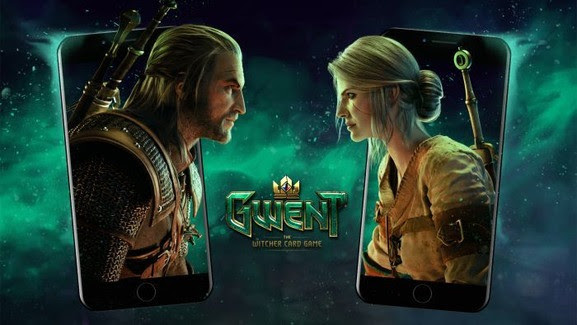 In GWENT, gamers clash with their friends in fast-paced duels that combine bluffing, on-the-fly decision making and careful deck construction. The game is played over a best-of-three series of rounds, as players unleash their hand by slinging spells and diverse units with special abilities, and use clever tricks to deceive their opponents.
iPhone and iPad versions of The Witcher Card Game combine the full feature set of the PC release with controls reimagined for the touch interface. Progress and purchases are shared between iOS and PC via the user’s GOG account and iOS players can battle opponents across all other supported platforms.

To celebrate GWENT’s launch on iOS, all gamers who log in to this version of the game before November 5th, 11:59 AM CET can claim a free Welcome Pack from the in-game store. Opening the pack will yield an Ultimate Premium Keg with 5 animated cards from across GWENT’s entire card pool, as well as a Mirror Shard granting entry to the Arena Mode.

GWENT is currently available for iOS, PC, PlayStation 4 and Xbox One. CD PROJEKT RED is currently working on the Android version of the game, scheduled for release in Q1 2020. For more information on The Witcher Card Game, visit www.playgwent.com.