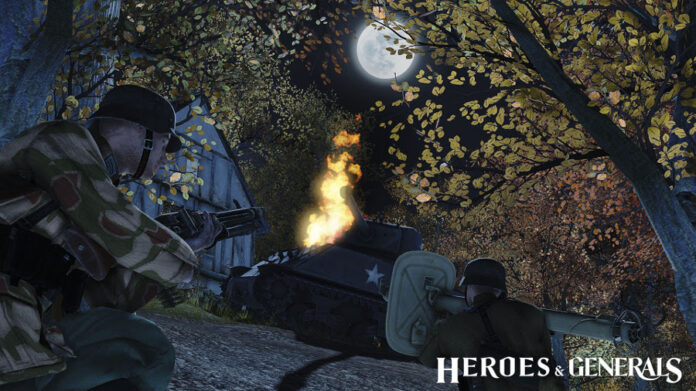 Performance is key when making a difference in World War 2 as portrayed in the MMOFPS Heroes & Generals. This is something the game developers at Reto-Moto are acutely aware of and one of the major reasons for introducing a new render engine for the game.

“Our community has been very active and helpful in testing the new render on our prototype servers. We have seen a 20 percent framerate improvement on average, and 70 percent of the players that took part in latest test of the new render reported either a better or much better performance,” says Henning Semler, Lead Render Programmer and co-founder of Reto-Moto.

Heroes & Generals is running on its own proprietary technology called Retox. The ‘Engine Room’-update is the result of a complete rewrite of the render engine optimizing it for a modern dataflow by using advanced multi-threading techniques so it better utilizes multiple CPU-cores, improving game performance.

Another reason that Heroes & Generals is seeing a general boost in performance is the decision to end support for DirectX 9 based graphics cards as the old technology in part served as a hindrance to game performance.

In addition to the improvements in performance, the ‘Engine Room’-update also introduces a new tone mapping system providing crisper and more saturated colors in the game. As well as Temporal Anti-Aliasing giving players a more stable image with less pixel flicker when in motion.

As part of the ‘Engine Room’-update players also have been given the option to try out a new DirectX 12 experimental setting.

Heroes & Generals is now translated into Brazilian Portuguese bringing the total number of language options for the game to nine.

The full changelog for the ‘Engine Room’-update can be found here.
Heroes & Generals is available for free at HeroesAndGenerals.com.