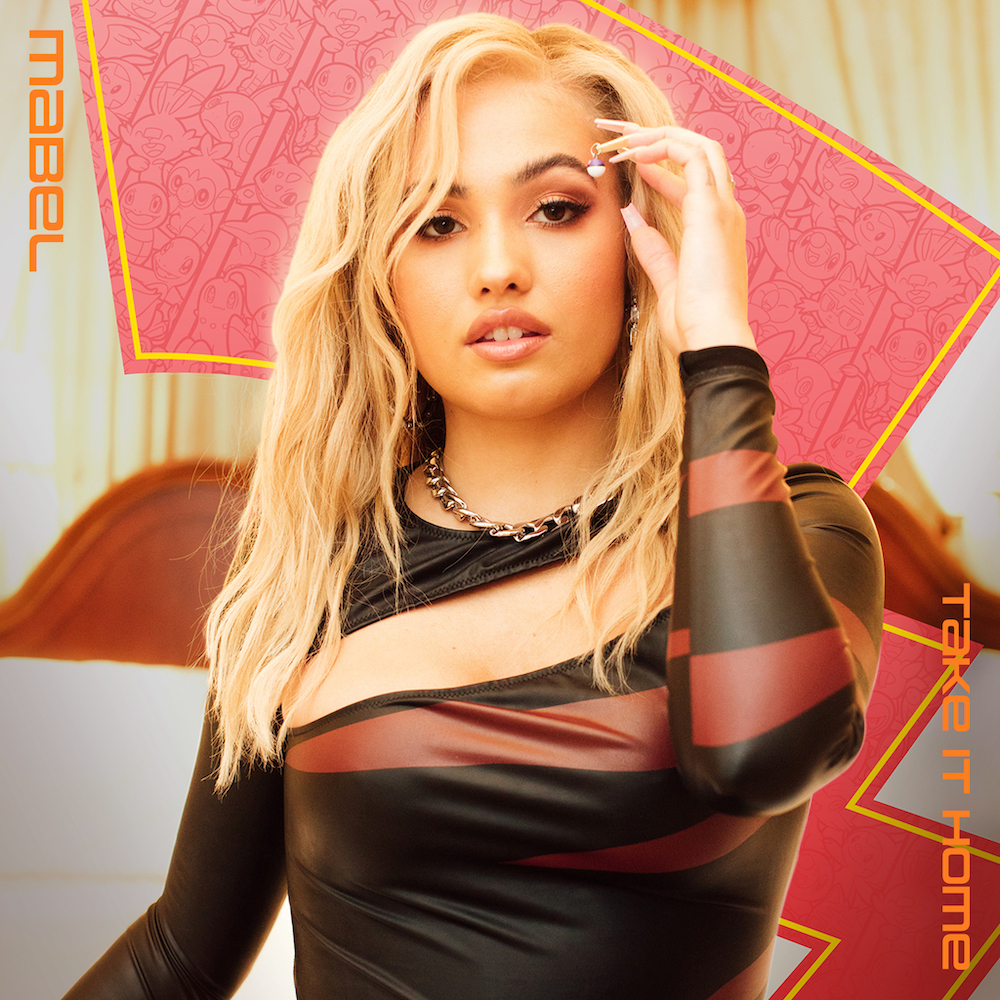 Pokémon’s 25th anniversary celebration continues with today’s release of “Take It Home,” a new song from BRIT Award recipient Mabel, who recorded it exclusively for the upcoming P25 Music compilation album. With an infectious beat and a bright, summery vibe, the song celebrates being the kind of friend that others can count on. It was produced by Tommy Brown (Kanye West, Ariana Grande) and Mr. Franks (Ariana Grande, Justin Bieber). Listen to “Take It Home” HERE. The compilation album, which will be released this autumn by Capitol Records, is part of a massive, yearlong music campaign from The Pokémon Company International in partnership with Universal Music Group.

The playful official video for “Take It Home” finds Mabel trying to unwind in her hotel room after a busy day. Flipping through the channels on the television, she’s delighted to find a Pokémon channel. Comforted by the beloved characters, she falls asleep. In her dream, she follows a Jigglypuff down a hallway, and together they explore the hotel, which has been transformed into a dark yet sparkling dreamworld. Mabel takes the stage, joined by a troupe of dancers, and a Pikachu makes a cameo. View the video, which was directed by Sophia Ray (Ella Eyre, Little Mix, Amber Mark) and shot at London’s iconic Savoy Hotel.

“I’ve been a fan of Pokémon for years, so I jumped at the opportunity to join the P25 program,” Mabelsaid. “I had so much fun working with Pikachu and my all-time favourite Pokémon, Jigglypuff, for the ‘Take It Home’ video. I hope the fans love the song as much as I loved working on it to celebrate 25 years of Pokémon!”

“Mabel’s incredible talent and pop sensibilities add a massive layer of fun to Pokémon’s P25 Musiccampaign celebrating 25 years of Pokémon,” said Colin Palmer, vice president of marketing for The Pokémon Company International. “Music fans are going to love ‘Take It Home,’ and Pokémon fans will be delighted to see a Jigglypuff, known for being a bubbly Pokémon who also loves to sing, featured in Mabel’s vibrant video. It’s a pitch-perfect collaborative match for our 25th anniversary celebration.”

Mabel is the latest artist to join the P25 Music program, taking her place alongside Katy Perry, who contributed the new original song “Electric,” as well as Post Malone, who put his own stamp on the Hootie & the Blowfish hit “Only Wanna Be with You,” and J Balvin. Mabel recently released her first new single of 2021, “Let Them Know,” a spirited anthem about projecting confidence even in times of trouble.

Fans can keep up with the latest news for P25 Music and more celebrations across the franchise on Pokémon’s 25th anniversary website at Pokemon.com/25. Pokémon 25: The Album can be pre-saved at https://CapitolRecords.lnk.to/saveP25PR/.
Pokémon and music fans are invited to join the conversation online with @Pokemon and #Pokemon25.