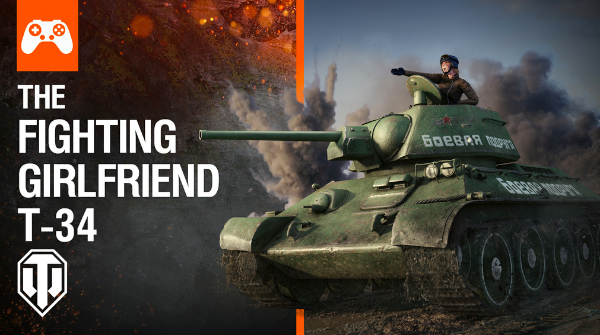 Soviet war hero Mariya Oktyabrskaya is joining World of Tanks Console as the game’s first historical female Hero crew! When she received news that her husband had died fighting Axis forces in Kiev in 1941, she sold everything she owned to donate a tank to the Red Army, but on two conditions: she wanted to name it, and she wanted to drive it. And so the Fighting Girlfriend, literally translated from Боевая подруга, was christened, and Mariya took the reins on her new T-34.

Her desire for vengeance against Germany went hand-in-hand with her incredible prowess in battle, and saw her promoted to the rank of Sergeant. She carved a reputation as a skilled driver and a fearless soldier, and was known to get out and repair her tank despite contrary orders, and in the midst of heavy gunfire. She died after injuries sustained doing just that in 1944, but was posthumously honored as a Hero of the Soviet Union, for her extraordinary acts of bravery in battle.

The memory of Soviet heroine Mariya Oktyabrskaya lives on, and now you can add Mariya and her Fighting Girlfriend T-34 to your garage in World of Tanks in a series of new bundles! Fellow Soviet superstars the Crimson Knights are returning, with Mariya’s Fighting Girlfriend joining their ranks in our comprehensive Crimson Knights bundle! There’s also a brand new map to sink your tracks into in the form of the beautiful Raseiniai, based on one of the real-life battlegrounds where Germany first began their invasion of the Soviet Union.