GamersLounge
Forside Nyhed Medal of Honor: Above and Beyond ude nu 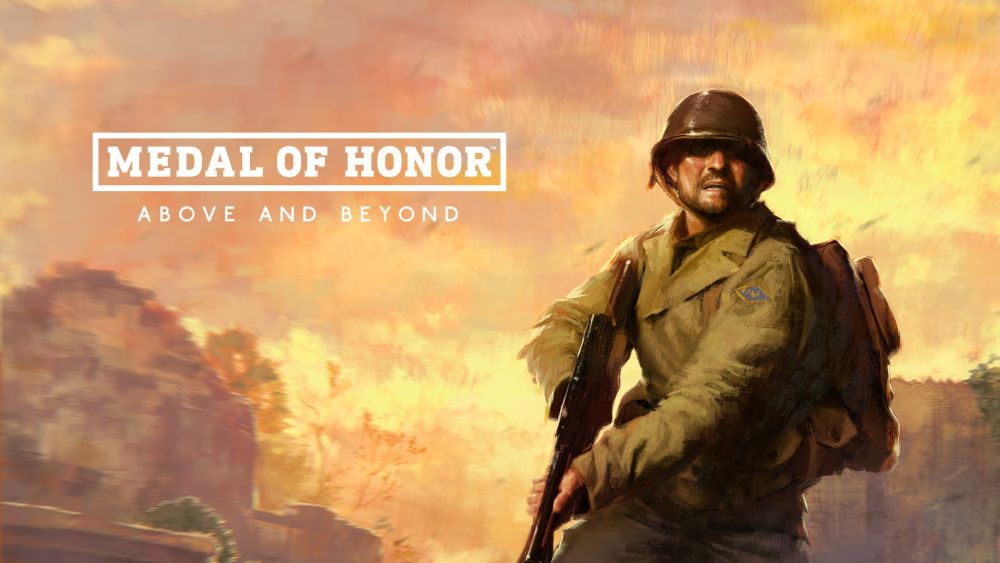 Today, Electronic Arts Inc. (NASDAQ:EA) and Respawn Entertainment, in collaboration with the Oculus Studios team at Facebook Reality Labs, released the highly-anticipated VR title, Medal of Honor™: Above and Beyond. Now available for the Oculus Rift and Steam platforms, Above and Beyond offers one of the deepest VR games available to date. Players will be immersed in an emotionally-driven single-player campaign, fully-realized multiplayer modes, a powerful retelling of history from veterans and heroes in the franchise’s iconic Gallery and more. Medal of Honor: Above and Beyond is an authentic and period-accurate experience which sheds light on the history of World War II blending film and games in a revolutionary take on interactive entertainment.

Medal of Honor: Above and Beyond’s single-player campaign is an innovative and immersive VR experience that transports players into the boots of a soldier during some of the most pivotal moments of World War II. As a recruit for the Office of Strategic Services, the predecessor of the CIA, the player will be immersed in a powerful story where they embark on missions that take them from Tunisia to across Europe to participate in some of the biggest moments of the war.

“Returning to the Medal of Honor franchise to helm Above and Beyond and create this immersive VR experience has been an honor for me and the team at Respawn,” said Peter Hirschmann, Game Director at Respawn Entertainment. “This franchise has always been about celebrating the everyday people who did extraordinary things in the face of overwhelming odds and Above and Beyond continues that tradition. As we commemorate the 75th anniversary of World War II, it’s been a privilege to be able to preserve history in such a unique medium and retell the remarkable stories of these veterans and resistance fighters for generations to come.”

Above and Beyond’s expansive multiplayer experience delivers twelve unique maps and five multiplayer modes built for virtual reality. The game brings back classic multiplayer modes from previous Medal of Honor games including Deathmatch, Team Deathmatch and Domination. Innovative twists to virtual reality have been added to the modes Blast Radius, an explosive take on King of the Hill, and Mad Bomber, where players will place bombs anywhere they can physically reach, or search for them using their eyes as well as their ears using 3D positional sound to hone in on their locations and defuse them before they go off.

With the return of The Gallery from the original Medal of Honor in 1999, Respawn Entertainment introduces a series of short films that feature moving interviews with real World War II veterans where they share their stories from World War II in immersive 360° VR footage that takes them back to where they stood 75 years ago. Through innovative technology, players will have a chance to hear the retelling of these emotional moments from World War II in an all-new and immersive experience. Above and Beyond’s Gallery also features a Big Sky Film Festival and St. Louis International Film Festival award-winning documentary called COLETTE, which is about a French resistance fighter during the war and was created for the game.