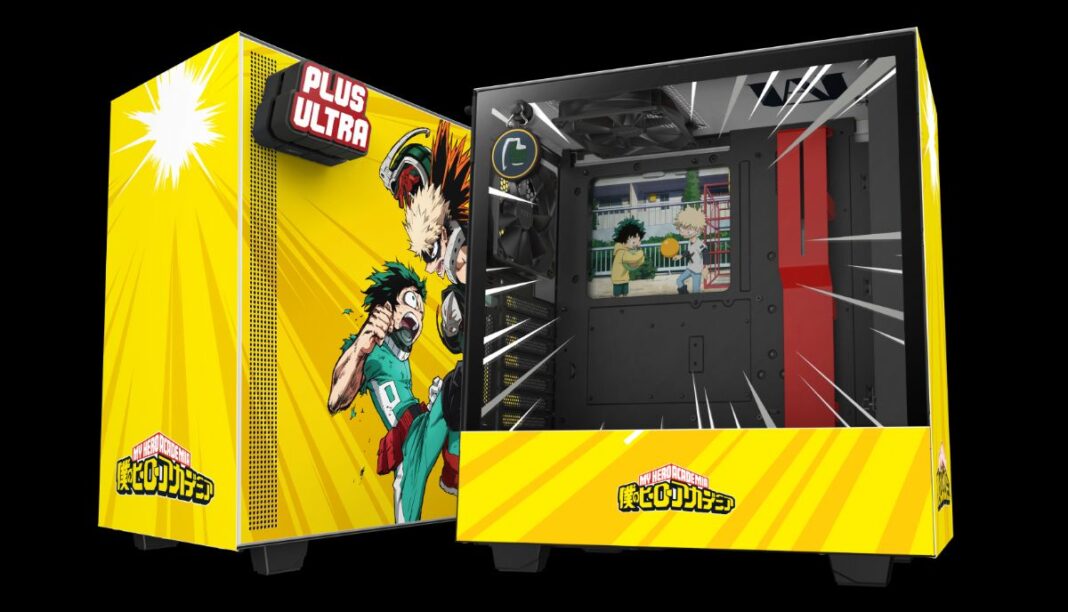 NZXT, a community-driven provider of PC hardware, software, and services, continues its collaboration with My Hero Academia—introducing an H510i case based on the rivalry between two of the franchise’s most exciting heroes, Deku and Bakugo. This mid-tower case is the second My Hero Academia entry into NZXT’s CRFT lineup, following the previously released H510i All Might.

My Hero Academia
In the world of My Hero Academia, 80% of the population is granted superpowers, better known as “Quirks”. Izuku “Deku” Midoriya and Katsuki Bakugo are two of the top new students at U.A. High School, an academy where they learn and train to become heroes. The two friends have a captivating and tumultuous relationship as they seek to become professional heroes. The H510i Rivals strives to highlight this dynamic relationship.

CRFT 11 Inspiration
NZXT and My Hero Academia have teamed up to celebrate the fierce competition and friendship between Deku and Bakugo with the H510i Rivals. This case honors and highlights the duality of the two fierce friends and competitors. Intense artwork of both characters adorns the case, with nods to their fighting style, upbringing, and equipment of choice. It’s a visually striking and unique platform for a PC build, designed for the My Hero Academia superfan.