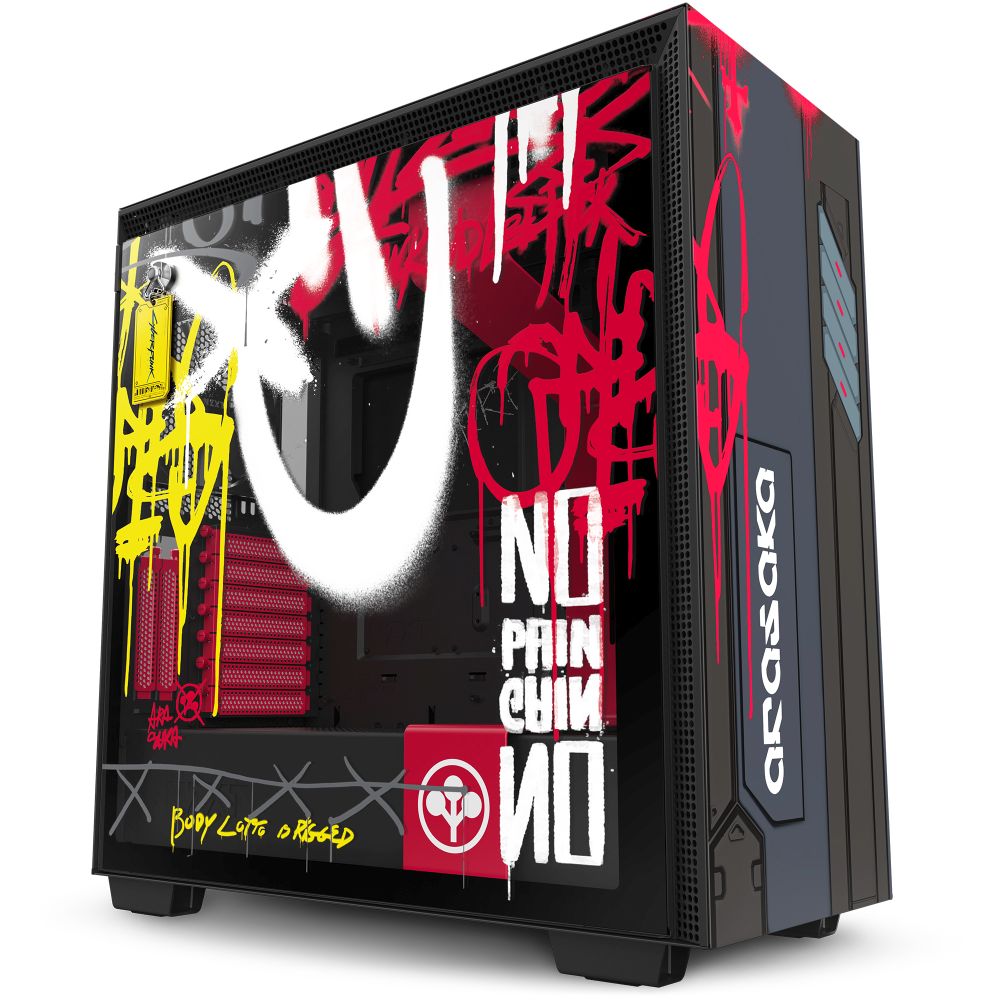 NZXT, a community-driven provider of PC hardware, software, and services, today announces an exclusive Cyberpunk 2077-themed H710i PC case. The case was designed in collaboration with CD PROJEKT RED, for an extravagant entry in NZXT’s CRFT lineup of cases. CRFT 09 H710i Cyberpunk offers fans an opportunity to transform their gaming rig into a piece of hardware straight from Cyberpunk 2077’s dystopian future. Included with the case is a limited edition Arasaka Corporation Puck and Cyberpunk 2077 chip charm, further reinforcing the case’s theme.

Cyberpunk 2077
Cyberpunk 2077 is a narrative-driven, open-world RPG set in the most vibrant and dangerous metropolis of the future — Night City. The game follows the story of V, a hired gun on the rise in a world of cyber-enhanced street warriors, tech-savvy netrunners, and corporate life-hackers. Featuring CD PROJEKT RED’s hallmark concept of choices and consequences, players will face difficult decisions that ripple through the entire game. Winner of over 200 awards, Cyberpunk 2077 is set in the universe of the classic pen & paper RPG system, Cyberpunk 2020.

CRFT 09 Inspiration
The latest entry in NZXT’s CRFT line of gaming products was designed to bring the gritty and vibrant world of Cyberpunk 2077 directly to the desks of its biggest fans. The case is based on the style of a powerful entity known as the Arasaka Corporation. Their sterile “substance-over-style” design is painted over with expressive kitsch graffiti — an act of rebellious self-expression by the people of Night City. Altogether, CRFT 09 depicts the never-ending struggle between those trying to eke out a living in the “city of dreams” and the corporate overlords who control all aspects of life in the megalopolis and beyond.

Only 1000 units will be made available worldwide.

Features Found in the H710i