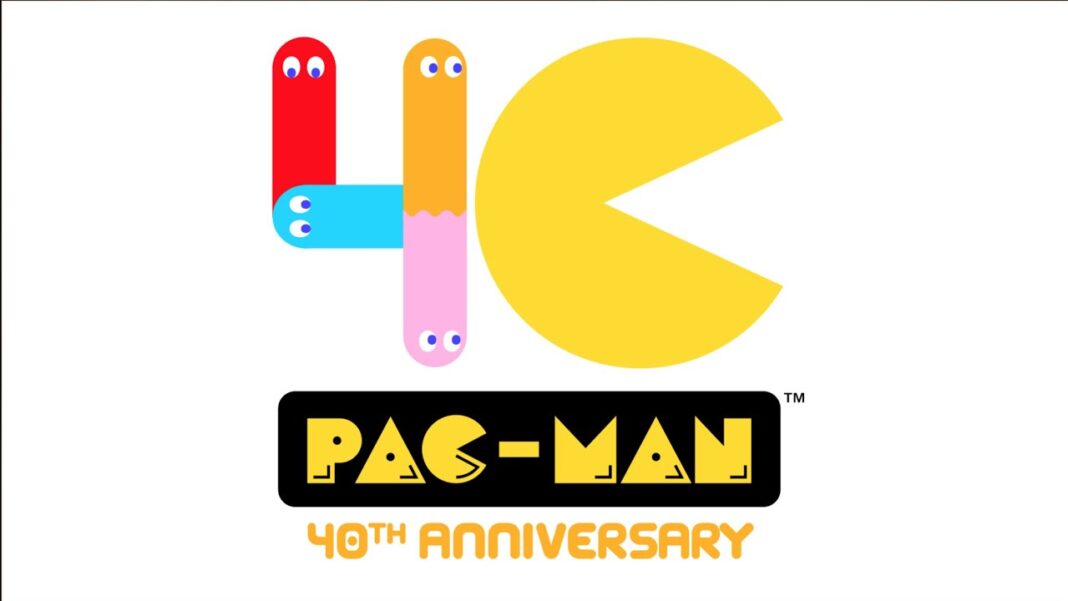 Born on May 22, 1980, PAC-MAN immediately rose to stardom, first in video game arcades, then on the pop culture stage with hit song “PAC-MAN Fever” and through an array of branding and entertainment appearances throughout the 1980’s and 1990’s. With a brand recognition rate of 90% around the world, PAC-MAN’s image and brand continues to be one of the most recognized on the planet.

While PAC-MAN has transcended into the world of entertainment, his heart still resides in video games. As part of his 40th birthday celebrations, there will be new PAC-MAN video game offerings from BANDAI NAMCO Entertainment starting with PAC-MAN LIVE STUDIO coming to the Twitch game platform in partnership with Amazon Games which will enable four players to compete in one maze in an all-out chomp-fest to see who will eat the most pellets and survive the stage. Players will also be able to create their own PAC-MAN mazes and share them with friends online or play the classic PAC-MAN game is they so choose.

Lastly, more additional new PAC-MAN games are on the way for the latter part of 2020.

On the product partnership, brand collaboration, and technology fronts, PAC-MAN is not slowing down one bit as he started the year by being featured on BANDAI newest Tamagotchi toy.

PAC-MAN also returns in PAC-MAN and the Ghostly Snack Attack, the next chapter of his PAC-MAN™ Stories series on Amazon’s Alexa platform. The game tells an interactive story where kids and their parents make their own choices in order to progress into the adventure which will be available this summer on Amazon Alexa in English in the United Kingdom, United States, Canada, Ireland, Australia and India.

Never one to shy away from the camera, a 40th Anniversary Book, edited by Cook & Becker, which will take a retrospective look at PAC-MAN’s creation and life leading up to his 40th birthday.

BANDAI NAMCO Entertainment is also teaming up with Numskull designs to introduce a line of PAC-MAN exclusives to celebrate the gaming legend’s 40th anniversary. First up, a very limited-edition PAC-MAN 40th anniversary Quarter Arcades cabinet, signed by the original creator of PAC-MAN, Toru Iwatani, will be available with only 256 units. In addition to this, a Standard Edition of the PAC-MAN 40th Anniversary Quarter Arcade will be available, as well as various items that will part of a line-up available for sale starting in July

PAC-MAN is also the subject of advanced AI research being conducted by NVIDIA. Trained on 50,000 episodes of the game, a powerful new AI model created by NVIDIA Research, called NVIDIA GameGAN, can generate a fully functional version of PAC-MAN — without an underlying game engine. That means that even without understanding a game’s fundamental rules, AI can recreate the game with convincing results.

Music has always been a part of the PAC-MAN brand and after composing the new PAC-MAN 40th Anniversary theme song “JOIN THE PAC”, world-renowned Japanese Techno artist Ken Ishii is back with new tracks in PAC-MAN 40th ANNIVERSARY COLLABORATION vol.1, PAC-MAN 40th ANNIVERSARY COLLABORATION vol.2, PAC-MAN 40th ANNIVERSARY COLLABORATION vol.3. The PAC-MAN beats will start flowing via Spotify, Apple Music, Amazon Music, Qobuz, and Deezer with new tracks being launched every month between May 22, 2020 through July 24, 2020. Once all the tracks are released, a special CD compilation album will be issued with album art designed by The Designers RepublicTM, known for their designs for Warp Records and Aphex Twin. Fans looking to access game soundtracks will be pleased to learn that the soundtracks from PAC-MAN & GALAGA DIMENSIONS, PAC-MANIA, and PAC-MAN Championship Edition DX will also be available on the music streaming services listed above starting today.

Lastly, PAC-MAN recently participated in Google’s Stay Home and Play initiative through the inclusion of PAC-MAN’s highly popular 30th Anniversary Google Doodle that featured a fully playable PAC-MAN maze integrated within the Google logo. In 2010, this Google Doodle famously resulted in approximately 4.8 million hours of play around the globe.

“PAC-MAN was truly the first breakout superstar of our industry and his staying power says a lot about the experiences he’s given to fans and the love they’ve given him in return.” said Hervé Hoerdt, Senior Vice President of Digital, Marketing and Content at BANDAI NAMCO Entertainment Europe. “While 2020 has been a trying year for everyone, we hope our fans can embody PAC-MAN’s drive to always move forward, never back down from adversity, and come out of any challenge on top!”