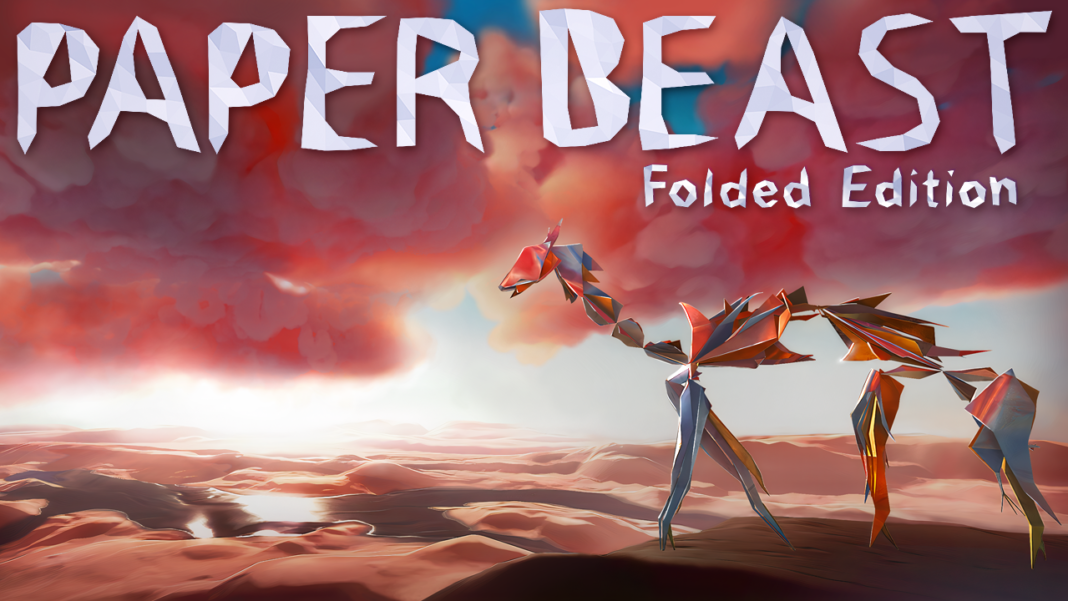 Paper Beast: Folded Edition includes all the latest updates of the VR version of the game, as well as reworked lighting. On top of that the game features all-new controls for mouse and keyboard and controllers that have been completely reworked from the ground up to provide the optimum experience on PC.

What critics said about PaperBeast VR

As the first explorer of this virgin land, the player will form delicate bonds with fascinating and exotic creatures, with every interaction powered by a unique and extensive physics engine. Players will overcome obstacles and environmental puzzles by supporting the efforts of these creatures in their adventures. Save creatures from predators or natural dangers, shape the environment, and avoid digital storms on a journey through a real-time ecosystem.

Next to the adventure mode, Paper Best: Folded Edition also offers a sandbox mode that lets players explore and experiment in an almost-infinite playground. The player challenges and shapes the world by sculpting the terrain, creating rivers, playing with the weather, and interacting with creatures and plants.

About developer Pixel Reef
Founded by renowned game designer Eric Chahi (Another World, Heart of Darkness, From Dust), Pixel Reef aims to create immersive indie games with a poetic touch. The independent studio sees itself as an atoll, a happy place ripe for creative exploration.  More details can be found on the Pixel Reef website.