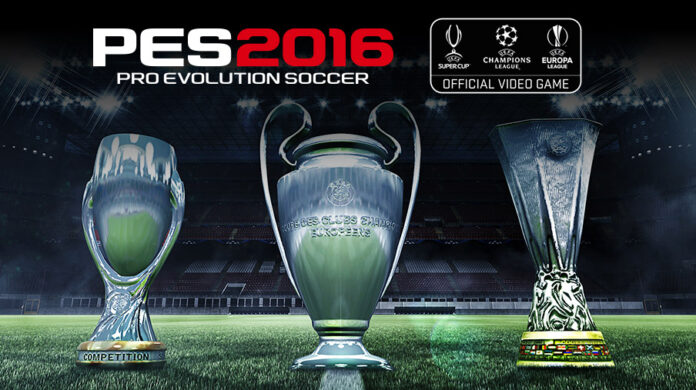 Konami Digital Entertainment B.V. has outlined its exciting plans for the 2015/16 PES League, with new countries added to the nationalities currently participating. The PES 2016 publisher has also confirmed that the 2016 World Finals of the UEFA Champions League eSports event will take place on May 28th, alongside the UEFA Champions League Final. The San Siro stadium will also give the PES League finalists a once in a lifetime experience. KONAMI have also developed a new PES League logo which now aligns with the new overall brand identity of the highly acclaimed Pro Evolution Soccer series.

Following huge growth during the 2014/15 season, with the PES League launching a global tournament for the first time, KONAMI has now opened the competition to players from Peru, India, Saudi Arabia and more that are soon to be announced. Each new territory will have their own regional leagues competing for a place in the highly esteemed PES League World Finals. Hundreds of thousands of players competed last year, with France’s Rachid Tabane emerging victorious in Berlin. The winner of the 2016 finals will receive two tickets for the UEFA Champions League Final and a money-can’t-buy pitch side experience, with more prizes still to be confirmed.

Entry to the new PES League season is completely free. Registration has already opened and KONAMI will be selecting one lucky entrant at random to win a signed shirt from cover star Neymar Jr shirt as well as a special 20th anniversary edition of PES 2016. Every entrant will also receive 10,000 GP of in-game currency, for use within PES 2016’s myClub mode, allowing them to build a team of world stars.

The 2016 PES World Finals will be played using the PlayStation®4 edition of PES 2016. Players can compete using PlayStation®4 consoles, PlayStation®3 consoles or both depending on their region. For the first time, PC players will be able to participate and compete in the PES League via Windows PC format through Steam.

Additionally, players will be able to play with their myClub team via a special competition, wherein one player will win a qualification to compete in Milan. One player can rise through the qualifiers and be crowned the top player at the PES World Final! This particular myClub competition will launch at a later date – details will be announced soon.

To register for the 2015/16 PES League, please visit: www.pesleague.com/user/register