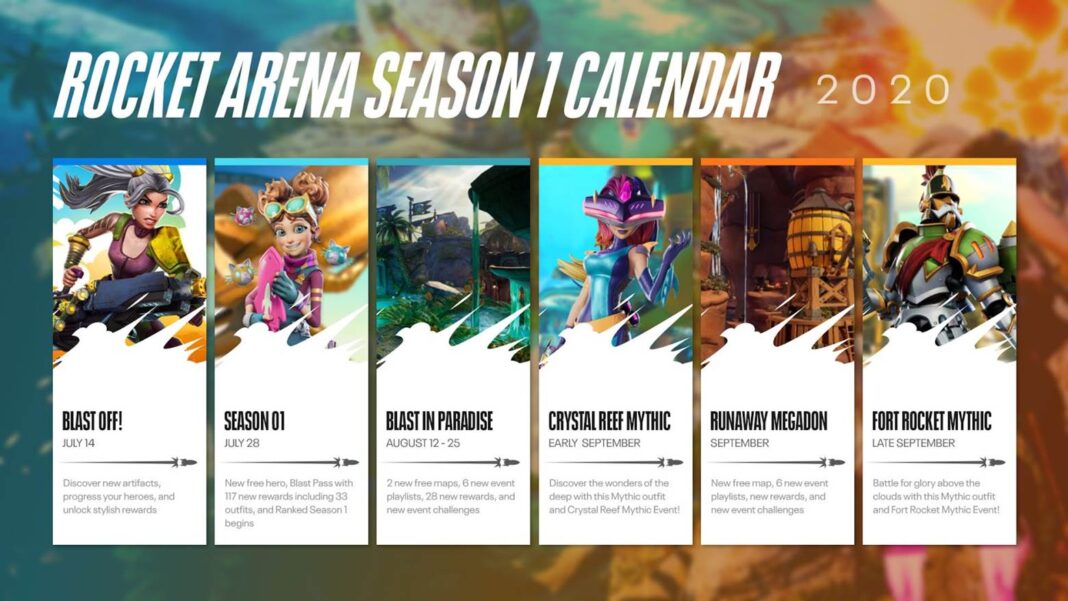 As a thank you, fans who played Rocket Arena prior to Season 1 saw a bonus of 3,000 Rocket Fuel added to their account, which can be redeemed for unique cosmetic items and/or seasonal Blast Passes through Season 3. These early pioneers of the game will also find 10 animated outfits in their accounts representing each of the launch characters.

The recent Season 1 update brings all new content including the lovable new character Flux, now available for all players. Check out the Season 1 Calendar here, also embedded below, for full rollout plans that players can look forward to throughout the season for free. To help players link up with their friends or against the competition, regardless of platform, they can also activate cross-play in general settings to ensure it’s quicker and easier to get into a game.