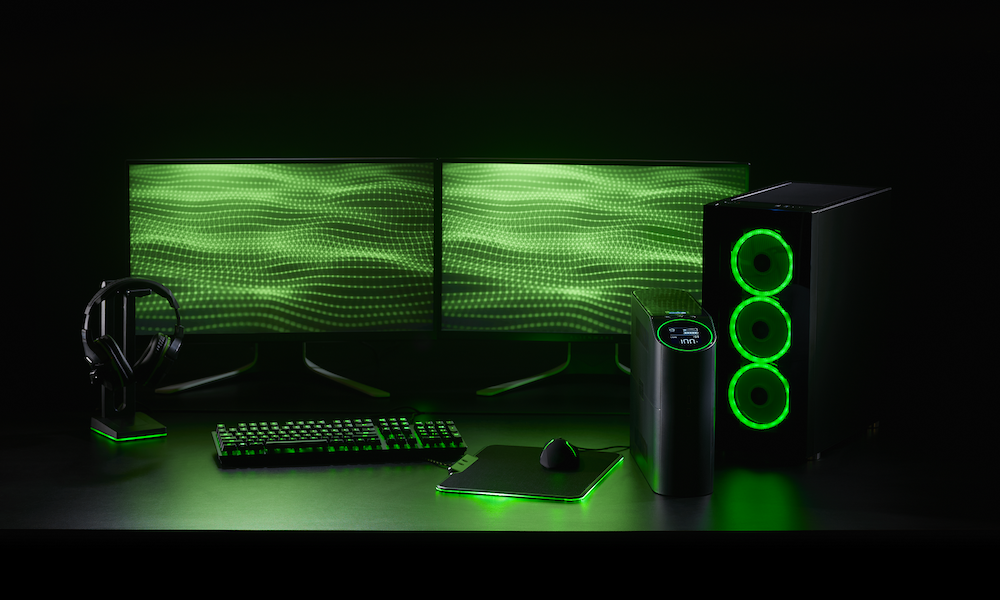 Schneider Electric, the leader in the digital transformation of energy management and automation, today launches the APC Back-UPS™ Pro Gaming UPS. This stylish and state-of-the-art uninterruptible power supply (UPS) is designed to protect gaming gear and maintain connection through power irregularities — keeping PC and console gamers in the game. As the first UPS specifically designed with gamers in mind, the APC Back-UPS™ Pro Gaming UPS delivers uninterrupted power protection, even during power outages.

Schneider Electric is also a D&H Certified Esports Provider, meaning that esports enthusiasts and pros alike can play with peace of mind, knowing their reputation won’t be tarnished over something outside of their control. Adding the APC Back-UPS™ Pro Gaming UPS to their setup allows both professional and recreational gamers to be confident that they will remain:

“Power irregularities are not just limited to storms. Gaming gear is highly sensitive electronics and unclean power can cause game disruption or damage equipment. At the end of the day – it’s not if, it’s when,” said Christian Enriquez, Global Product Marketing Manager, Schneider Electric. “Winning your match is about teamwork and a quality of a great team member is reliability. APC Back-UPS Pro Gaming helps you stay in the game and being there for your team when they need you most.”