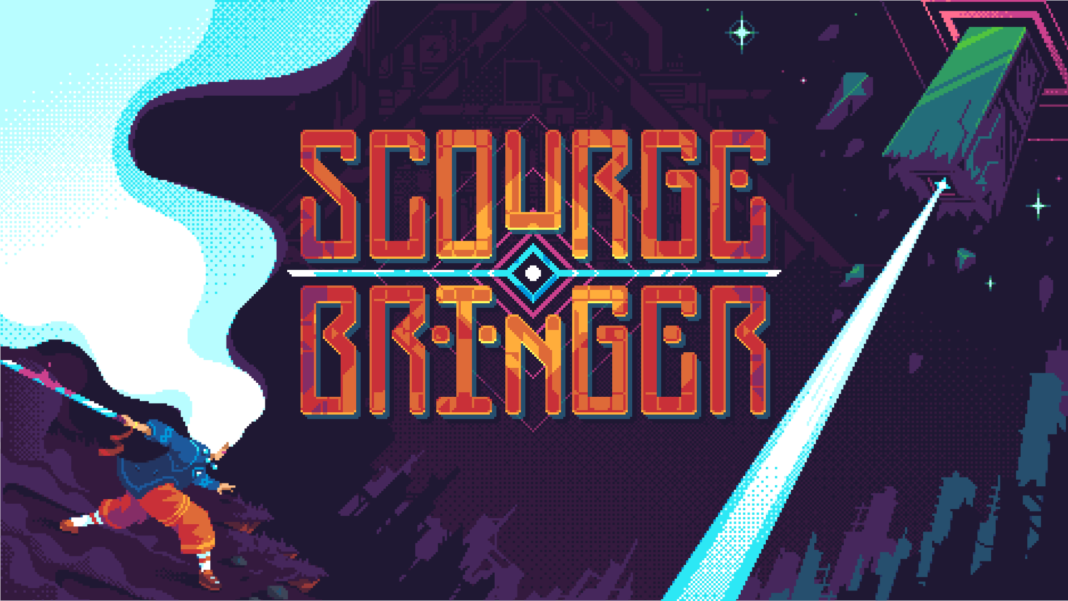 ScourgeBringer hit the Steam top 20 bestseller charts when it entered Early Access back in February and has received a host of major updates over the past 8 months, all of which are present in the launch version of the game across all platforms. On 21st October the game gets a major 1.0 launch update including the new realm “The Beyond”, a new post-game mode called “Chaos Roots”, secret rooms, revamped systems, an updated story, blessings, minis bosses and more. You can find the full launch update details here.

ScourgeBringer aims to channel the mystery and rawness of an early rogue-platformer, with fluid control, aerial combat, pixel graphics and a punchy soundtrack. The story follows hero Kyhra, who is sent away to uncover the secrets of an Eldritch monolith which is threatening to destroy her world. Armed with her trusty combat drone, she must shoot and slash her way through the infinite depths of an ever-changing dungeon, wherein gigantic bosses, ancient machines, strange ghosts and untold secrets from previous explorers await. There is no backtracking, as the game’s structure follows a procedural combination of pre-built challenge rooms, not unlike the Binding of Isaac.

There will be a 15% launch discount in the first week and ScougeBringer will also be available in the Supporter Pack on Steam, Epic Games Store and GOG, including digital extras like a 12-page digital comic prequel, early prototypes artwork, 4K wallpapers and an optional 28-track OST by acclaimed composer Joonas Turner.