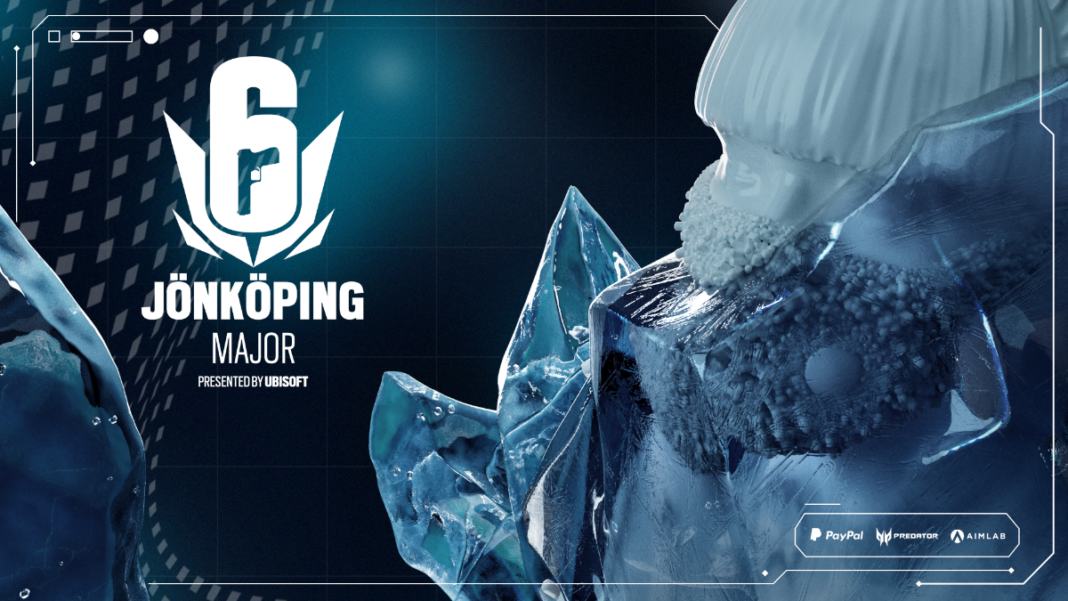 The upcoming Six Jönköping Major, one of the biggest international events in Tom Clancy’s Rainbow Six® Siege will take place from November 21 to 27.
The top 16 teams across Asia-Pacific, Europe, Latin America, and North America will compete for the title and prize money. As the final Six Major of the season, this will be the last chance for teams to score points in the Global Standings to qualify for the Six Invitational 2023.
The competition will begin with the Group Stage, from November 21 to 23, in a studio environment in Stockholm, Sweden. The top 8 teams will qualify for the Playoffs, to be played from November 25 to 27 in front of a live audience at one of the largest esports festivals, DreamHack Winter, in the Elmia Congress Center in Jönköping, Sweden. Rainbow Six Siege fans attending the event will have access to all the activities at DreamHack Winter alongside those organized for the Six Major, including a merch store, meet and greets with professional players, demo booths, and more. To add to the excitement of the competition, the full content for Year 7 Season 4 of the game will be revealed on November 21.

Here are the teams that will compete in the Six Jönköping Major: