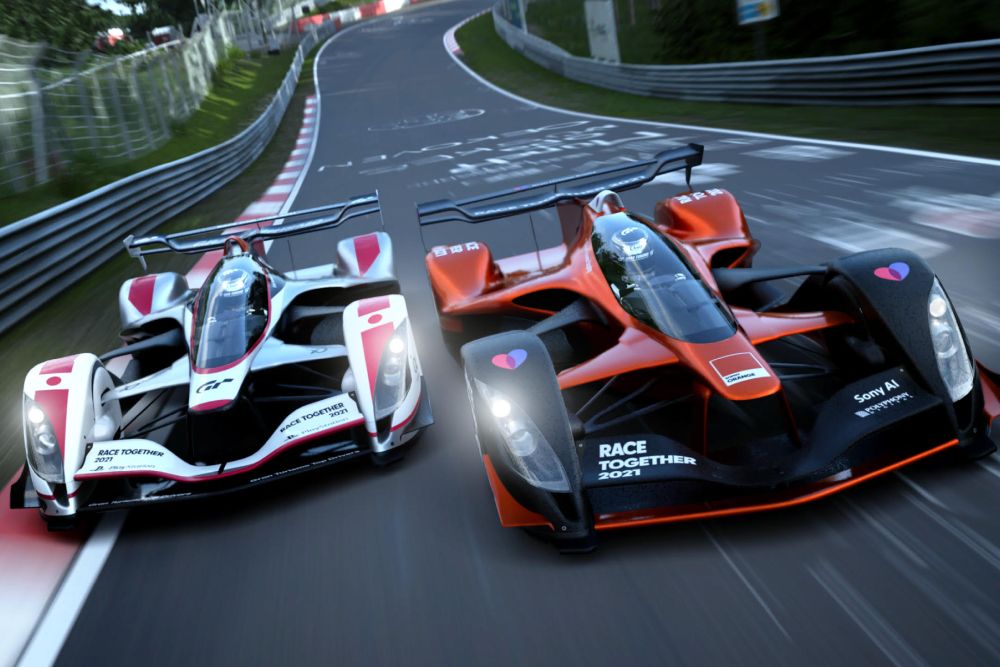 What is GT Sophy?

GT Sophy is an autonomous AI agent trained utilizing a novel deep reinforcement learning platform developed in collaboration between Sony AI, PDI and SIE. Each group contributed to the success of the project by bringing together expertise in fundamental AI research and development, a hyper-realistic real world racing simulator, and infrastructure for massive scale AI training.

GT Sophy was trained to master the following driving skills needed to compete with the world’s best championship-level drivers.

Sony AI and its partners built a novel deep reinforcement learning approach and platform since no existing combination of algorithms and infrastructure could solve this challenge. Mastering the complex sport of race car driving in the highly realistic driving simulator Gran Turismo Sport represents a new breakthrough in AI and as such it is published today in Nature in an article titled Outracing Champion Gran Turismo Drivers with Deep Reinforcement Learning.

AI for Gaming and Entertainment

In addition to the technical breakthrough, the deep collaboration between PDI, a PlayStation Studios game development studio and Sony AI, an AI development team, demonstrates how AI can deliver new gaming experiences to players. Sony AI and PDI will explore how to integrate GT Sophy into future releases of the Gran Turismo series.

“Sony’s Purpose is to ‘fill the world with emotion, through the power of creativity and technology,’ and Gran Turismo Sophy is a perfect embodiment of this,“ said Kenichiro Yoshida, Chairman, President and CEO, Sony Group Corporation. “This group collaboration in which we have built a game AI for gamers is truly unique to Sony as a creative entertainment company. It signals a significant leap in the advancement of AI while also offering enhanced experiences to GT fans around the world.”

“Gran Turismo Sophy is a significant development in AI whose purpose is not simply to be better than human players, but to offer players a stimulating opponent that can accelerate and elevate the players’ techniques and creativity to the next level,” said Hiroaki Kitano, CEO of Sony AI. “In addition to making contributions to the gaming community, we believe this breakthrough presents new opportunities in areas such as autonomous racing, autonomous driving, high-speed robotics and control.”

“AI research is a good opportunity to really think about what it means to be human and how technology and society can better co-exist,” said Kazunori Yamauchi, President of Polyphony Digital. “Since its first release in 1997, the Gran Turismo franchise has continued to push the boundaries of gaming and innovation through a curiosity for technology. Gran Turismo Sophy is a further demonstration of this philosophy, and I believe that this AI concept will contribute to both the future of games and automobiles.”

Racing Results: A Win for AI and Gamers

Sony AI tested the capabilities of GT Sophy by racing against four of the world’s best Gran Turismo drivers in two Race Together 2021 Challenge events, which took place on July 2, 2021 and October 21, 2021. By making improvements to the agent based on the results of the first race, GT Sophy outperformed the best human GT drivers in both time trial races and an FIA-Certified Gran Turismo Championships format race for the second event in October.

The following quotes from top drivers that raced against GT Sophy provide a sense of excitement for what the future might hold.

“I completely forgot that I was playing against AI. It was really fun. I want to race with the agent more in the future.”
Takuma Miyazono, FIA Gran Turismo Championships 2020 Champion

“It was really exciting to see GT Sophy’s racing technique. I got a lot of inspiration from her.”
Emily Jones, FIA Gran Turismo Championships 2020 World Finalist