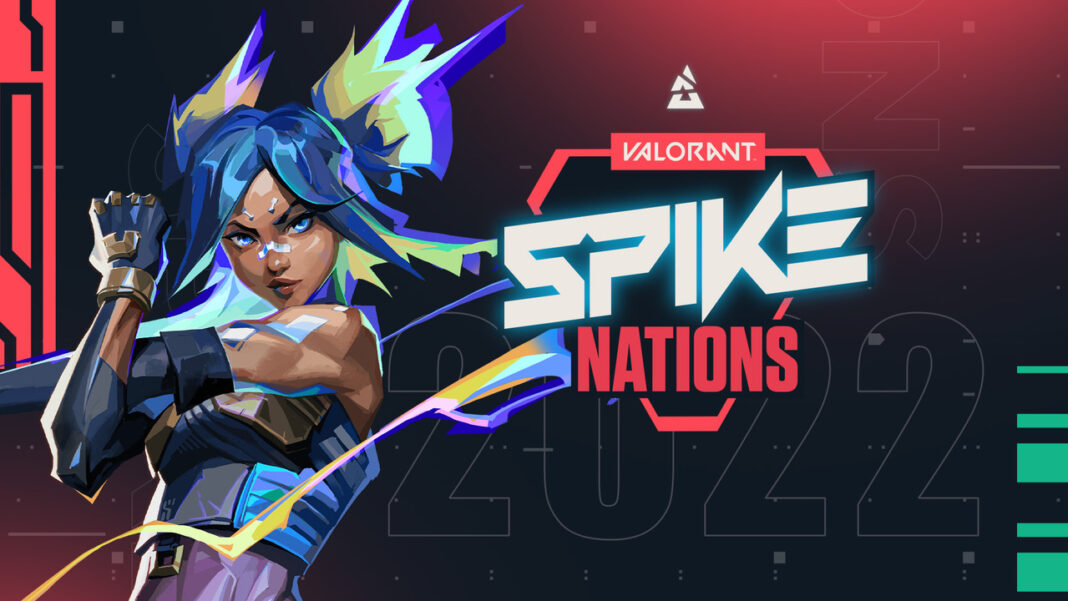 Riot Games teams up with BLAST to deliver the third instalment of the VALORANT tournament Spike Nations next month (14-16 October).

12 EMEA-based teams, made up of professional esports players, popular gaming personalities and streamers from the VCT, VRLs, and Game Changers circuits, will represent their region as they compete against each other for a €60,000 prize pool with teams fighting for a bigger share of the winnings to donate to their charity of choice.

Spike Nations was first launched in November 2020 where 10 teams competed, last year it expanded to 12 teams with Eastern Europe taking home the trophy and over €14,000 for their chosen charity, Te Aud Romania.

The tournament format will consist of three groups of four, where the two top teams in each group will progress to the knockout stage. Fans can also help secure their teams name in the knockouts by donating – with the two teams with the most fan donations securing their place in the second stage of the tournament.

Leo Matlock, MD for Development at BLAST, said: “BLAST are thrilled to welcome back Spike Nations for its third instalment and are delighted to see the fan-favourite tournament become a mainstay of the VALORANT calendar. Through championing first-class technology, production and esports expertise, BLAST has established itself as the leading partner for the world’s biggest and best games. We look forward to further strengthening our long-term relationship with Riot Games, raising money for charities and delivering three days of high-quality VALORANT action, while celebrating the EMEA ecosystem and engaging with   passionate fans across the region.”

Felix Morgan, Head of Action Games, EMEA for Riot Games remarked, “The response from players to last year’s event was fantastic, and we’re glad to be able to work with BLAST once again to bring back Spike Nations for a third time. After what has been another exciting year for VALORANT, both in-game, and in our pro competitions, we’re excited for fans once again to get behind their nations and cheer on their favourite creators, pro players and personalities from the scene!”

All 12 teams will be competing for national glory and a chance to raise money for worthy causes as they face each other over three-days of online VALORANT action next month.

The teams competing include:

The on-air talent team will be a mix of familiar faces from the VCT scene to up-and-comers from the VRL scene.  For all the latest Spike Nations news and updates head to: twitter.com/BLASTVALORANT

Fans will be able to follow the action on twitch.tv/blasttv and player POVs with more information to follow in the coming weeks.