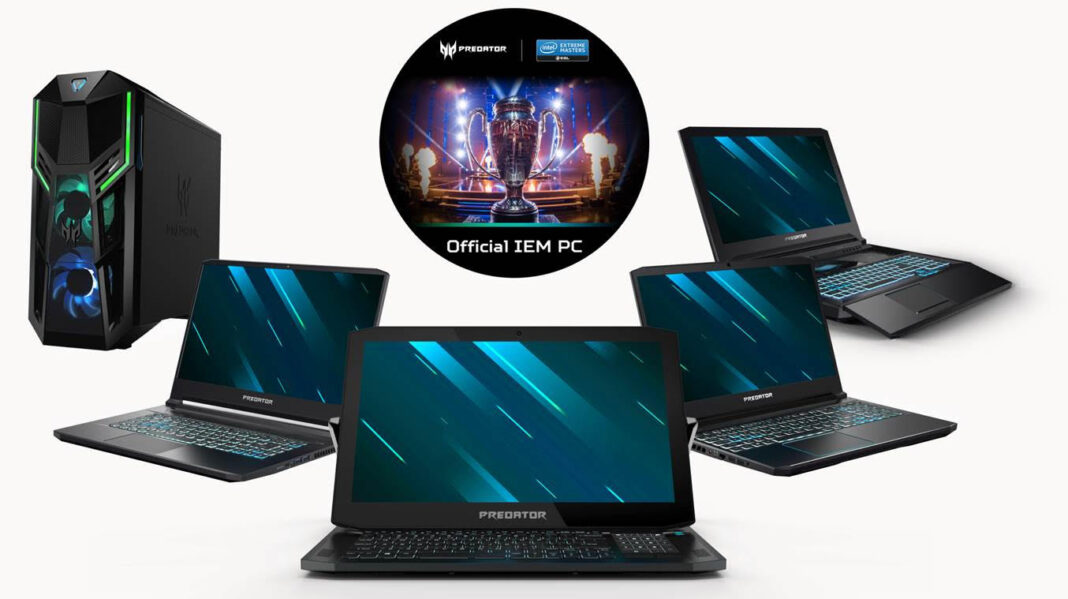 Acer, the official global PC partner for the Intel Extreme Masters, will ‘go big’ during the series signature event in Katowice with the launch of the Official Predator IEM PC range. Predator will take over Katowice from massive Out-Of-Home brand visibility to stage and in-game branding to onsite exclusive fan engagement opportunities—all while 16 teams are fighting for a US$500,000 prize pool.

For Acer, IEM is a unique opportunity to connect with loyal eSports fans in an authentic way that adds value to their experience. Fans can get up close and personal with the innovative, high-performance range of Official Predator IEM PCs, take pictures with Predator League cosplayers and the legendary Official Predator IEM Trophy, and also get access to exclusive behind the scenes content and daily recaps on the Predator Gaming’s Facebook and Instagram channels.

The performance boost offered by the Orion 5000 and Triton 500, the Helios 700 and 300 bring new levels of competitive, adrenaline-pumping gameplay to gaming fans across the world, allowing them to play the latest games, such as CS:GO, like the pros.

The new Predator Orion 5000 comes with the overclockable octa-core 9th Gen Intel® Core™ i9-9900K (with Z390 chipset) with support for dual-channel DDR4 configurations (up to 64GB) to deliver premium a gaming experience. For superior graphics performance, the revolutionary NVIDIA Turing™ architecture on the NVIDIA GeForce RTX 2080 GPU combines real-time ray tracing, artificial intelligence, and programmable shading to immerse players in a visually-stunning gaming experience. With the extreme processor the Orion 5000 has under the hood, a Cooler Master® CPU Liquid Cooler1 regulates temperature to maximize peak performance.

A new option for the latest GeForce GTX 1660 Ti has been added to the Predator Helios 300, where the top configuration is a GeForce RTX™ 2070 GPU with Max-Q Design. Gamers will be most excited about the combination of up to the newest 9th Gen Intel® Core™ i7-9750H processors with the latest NVIDIA GeForce GPUs, up to 32GB of DDR4 2666MHz memory and up to two PCIe NVMe SSDs in RAID 0 plus a hard drive.

The Predator Helios 700 includes a unique HyperDrift keyboard that slides forward, allowing for increased airflow directly through the top of the notebook and enabling gamers to push the device’s powerful components to their full potential. Powering the uniquely designed Predator Helios 700 notebook is an army of the latest and greatest technologies ready to battle, including up to an all new 9th Gen Intel® Core™ i9 processor for top of the line overclockable performance, an NVIDIA GeForce RTX 2080 or 2070 GPU, up to 64GB of DDR4 memory and Killer DoubleShot™ Pro with Killer Wi-Fi 6 AX 1650 and E3000. All that power makes games come to life on the notebook’s 17-inch 144Hz FHD IPS display with 3ms response time and NVIDIA G-SYNC™ technology.

Now with a blazing-fast 300 Hz 15.6-inch Full HD display, the Predator Triton 500 is a powerful gaming notebook that has been slimmed down to be just 17.9 mm thin and weigh 2.1 kg. It has a durable, all-metal chassis and narrow bezels that measure in at just 6.3 mm to offer an impressive 81% body-to-screen ratio. The slim Triton 500 can easily be slipped into a backpack or briefcase, but once taken out and powered on, it takes advantage of up to a 9th Gen Intel Core i7 processor to become a gaming powerhouse.

Official Predator IEM PCs are already available in the Nordics.