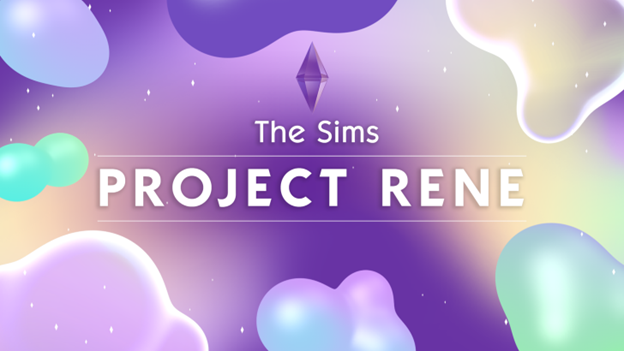 The development team at Maxis also emphasized its dedication to develop new and meaningful The Sims 4 experiences for the foreseeable future. Players can expect more packs, kits, free updates, and Sims Delivery Express drops. The studio offered a glimpse at concept designs for two future expansion packs coming out next year – and shared that infants will be arriving in early 2023.

As a thank you to players for their support, celebration rewards are available across The Sims 4, The Sims FreePlay and The Sims Mobile including a variety of tattoos to adorn your Sims and a special Plumbob Ceiling Fan – all free, and already available in the games.

THE NEXT GENERATION OF THE SIMS IN DEVELOPMENT

Maxis gave fans a glimpse of the very early stages of the next generation The Sims game and creative platform, with a working title of Project Rene. The title “Project Rene” was chosen to be reminiscent of words like renewal, renaissance and rebirth to represent the developer’s renewed commitment for The Sims’ bright future.

The game will stay true to what The Sims has always been while pushing to evolve how those Sims think and behave. It will reimagine The Sims with even more ways to play, tools to encourage creativity, and the ability to tell meaningful stories. With Project Rene, players will have the choice to play solo or collaborate with others, and will have the ability to play their game across supported devices.

“From the start, The Sims defined life simulation games and has continued to grow into an incredible platform for creativity and self expression,” says Lyndsay Pearson, Vice President of Franchise Creative for The Sims. “Today marks the start of our journey over the next few years as we work on this next game and creative platform, currently titled Project Rene. We are building on the same foundation that has made The Sims compelling for generations of players and pushing the boundaries to create new experiences. We’ll have much more to share as we continue to progress on the game’s development and milestones along the way.”

BUILDING ON RELATIONSHIPS WITH CREATORS

For the first time in The Sims history, the studio announced a new destination for The Sims 4 players to download mods and user generated content through a new collaboration with Overwolf, operators  of CurseForge, a mod manager and discovery platform for user-generated content. For years, The Sims 4 community has been expanded by modders and custom content creators, and today marks a big step forward in recognizing and celebrating their contributions.

Alt: For the first time in The Sims history, the studio announced a collaboration with Overwolf to provide The Sims 4 Players with a new destination to download mods and player created content. Overwolf operates CurseForge, a mod manager and discovery platform built to support creators and hosting their content.  For years, The Sims 4 community has been expanded by modders & content creators, and today marks a big step forward in recognizing and celebrating their contributions.

More information about the program and its launch will be available later this year.

EXCITING NEW UPDATES FOR THE SIMS FREEPLAY AND THE SIMS MOBILE

Lastly, new updates were unveiled for The Sims FreePlay and The Sims Mobile.

As part of the ongoing effort to improve representation of all players, The Sims FreePlay will add updated appearances of Sim’s faces for preteen, teenager, adult and elderly life stages. This visual upgrade  includes all hairstyles, earrings and glasses being shared across all genders, and will be permanently available in-game for free starting today. In addition, the annual “Christmas in the Heir” seasonal quest will be coming to the game in December with a new special narrative, and the ability to build and live in a luxury superyacht will be introduced in early 2023.

The Sims Mobile will launch balconies, a new build/buy addition, during the holidays this year. Developed for Simmers to express themselves through imaginative storytelling, the feature offers players an opportunity to recreate dream builds with balconies and the option to customize them through various barrier styles.