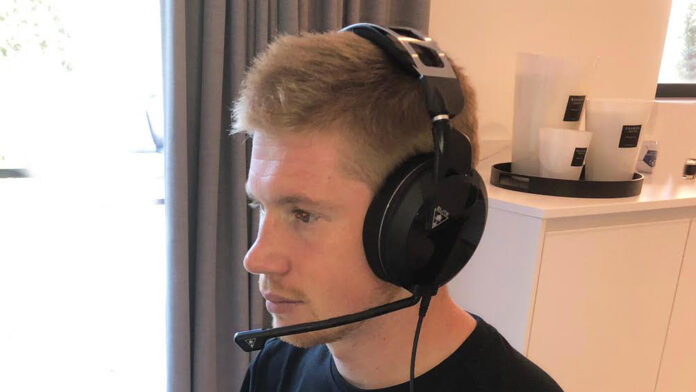 “Kevin is one of the biggest global names in European football and we’re excited to have him join Turtle Beach’s growing roster of top professional athletes who also love gaming,” said Juergen Stark, CEO, Turtle Beach. “Kevin is an amazing performer both on the pitch and with a controller in his hands, and we can’t wait to elevate his time gaming with friends and fans and showing off the difference quality equipment makes. This is the second partnership we’ve executed with the Roc Nation Sports Europe family, and we’re thrilled about our athlete ambassador program growing alongside their roster.”

Kevin De Bruyne is a key part of the treble-winning Manchester City squad and was named Manchester City’s Player of the Year in 2016 and 2018. He also played a vital role for VfL Wolfsburg, and was named 2015 Footballer of the Year in Germany. De Bruyne has been capped 71 times for the Belgium national team, scoring 16 goals in his international career. De Bruyne will collaborate on a variety of gaming-based content and projects with other Turtle Beach partners and ambassadors, where he’ll be using the brand’s range of industry-leading products in his gaming activities.

“I’m very excited to join the Turtle Beach team,” said Kevin De Bruyne. “Gaming is a long-time hobby of mine, and something I love to do in my rare moments away from the pitch. Turtle Beach’s gear has been great for my gaming, and the quality of the equipment is incredible.”