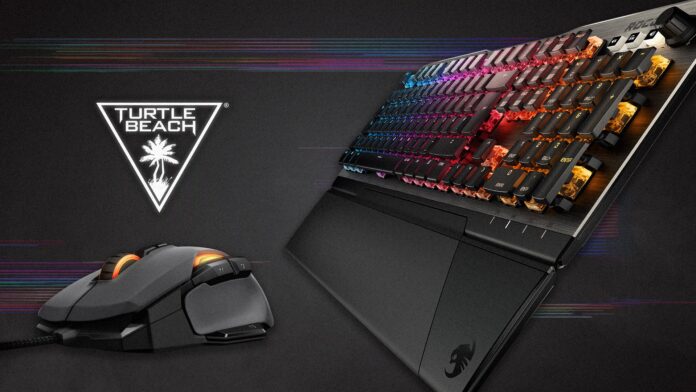 Turtle Beach is acquiring ROCCAT for $14.8 million in cash, net of a working capital adjustment, $1 million in cash or stock (company option), plus up to approximately $3.4 million in earnout payments. [2] Following the completion of the transaction, which is expected in the second quarter, ROCCAT’s partial year contribution to Turtle Beach’s 2019 net revenue is expected to be approximately $20–$24 million. The Company expects revenues from ROCCAT products to be over $30 million in 2020, and that the acquisition will be accretive to net income and EPS in 2020.

“This is a dynamic and strategically important deal for Turtle Beach,” said Juergen Stark, CEO of Turtle Beach. “We are adding a complementary portfolio of PC gaming mice and keyboards, a skilled PC accessories team, and a highly synergistic distribution footprint.”

“The acquisition is also a key step in achieving our goal of building a $100 million PC gaming accessories business in the coming years. ROCCAT accelerates our expansion into the roughly $1.6 billion[3] PC gaming headset market, as well as directly enables us to address the roughly $1.3 billion1 PC gaming keyboard and mice market. We believe our combined product portfolio is one of the strongest in the industry, covering gaming headsets for consoles and PC’s, gaming keyboards and mice. Together we will have 48 core product models to pursue the total addressable market of over $4.7 billion in North America, Europe and Asia.”

Stark continued, “We are thrilled to welcome René Korte and the ROCCAT team to the Turtle Beach family, as they are a highly talented group with deep experience in PC accessories and have a similar focus on providing high quality, innovative products to gamers worldwide.”

“We’ve long admired how Turtle Beach’s pioneering headsets have elevated gaming and it is an honor to join forces and bring our great products to more gamers. I have no doubt that combining ROCCAT’s strength in the PC peripherals market with Turtle Beach’s 45 years of experience, impressive technology, console dominance, and strong brand will bring even more victories to gamers around the world.”

ROCCAT recently launched its new Vulcan Mechanical Gaming Keyboard and latest Kone AIMO RGBA Smart Customization Gaming Mouse to high editorial and fan praise. The original Kone mouse has been acclaimed as one of the most ergonomic gaming mouse shapes on the market and was the first mouse to incorporate RGB lighting into its design. The new Kone AIMO mouse was the best-selling PC gaming mouse in Germany in the fourth quarter of 2018.

The Vulcan keyboard introduced ROCCAT’s proprietary Titan mechanical switch and has become one of the top three best-selling gaming keyboards in Germany, as well as a best-selling product in its price tier. The Vulcan’s design was also recognized by winning the 2019 iF Design Award for its product category.

Turtle Beach is the global leader in gaming headsets and audio accessories, having held over 40% share of the console gaming headset market for the past nine consecutive years. In 2018, Turtle Beach extended its reach beyond the console space, launching a new lineup of Atlas PC headsets that drew high praise from leading PC writers and gamers alike.

For the latest information on ROCCAT’s lineup of PC gaming accessories, visit https://en.roccat.org/.