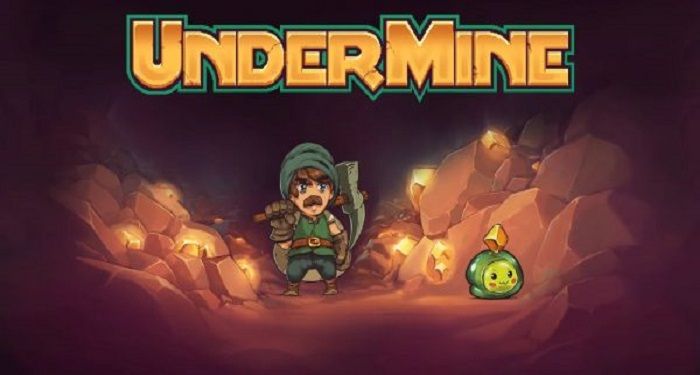 Enjoyed by more than 100,000 players in early access, UnderMine follows peasants on a journey into the world below. Searching for fortune and freedom, poor laborers delve deep into subterranean caverns to mine gold, acquire powerful relics, forge friendships, discover secrets, and defeat powerful bosses lurking in the depths of the earth. When one adventurer meets an untimely end, their belongings pass on to another, who hopefully can make better use of them in this fresh fusion of roguelikes, dungeon-crawlers, and action games.

To unlock the Othermine, peasants must first conquer the four zones of the main campaign, hacking and throwing their trusty pickaxes to mine for gold, free potential allies trapped underground, and survive the dangers of the mine. Gold earned during runs can purchase permanent upgrades.

The Othermine is new late-game content introducing genuine roguelike design and endless replayability to UnderMine’s blend of progression and procedural generation. After reaching the end of the fourth zone and providing the Gatekeeper with a Nether, peasants can enter the Othermine. With no gold and only base stats, peasants must rely on a randomized assortment of upgrades, relics, curses, blessings, and familiars to overcome this challenge.

Othermine runs compel peasants to rethink how they acquire and utilize items, as they cannot rely on permanent upgrades and will need to adapt to the random drops. Veterans can earn Othermine Crowns for win streaks in the Othermine, unlock three new familiars and seven new achievements, and seek greater challenge with the curse-granting Siegfried’s Aegis.

The v0.6.0 update adds further replayability to UnderMine’s satisfying campaign and comes with two improvements for peasants of all skill levels. The Explorer’s Boots boost speed up by up to 40% out of combat to streamline navigating the mines. A new magic mirror in Arkanos’ library randomizes peasants’ gender, color scheme, and name, for those in need of a new look.

“We love how the progression is shaping up in UnderMine, but we know our dedicated players wanted something with stronger roguelike influence, to really challenge them,” said Derek Johnson, Founder, Thorium Entertainment. “The team looks forward to seeing who has the skills to complete an Othermine run with the Sigfried’s Aegis and the curses it provides!”