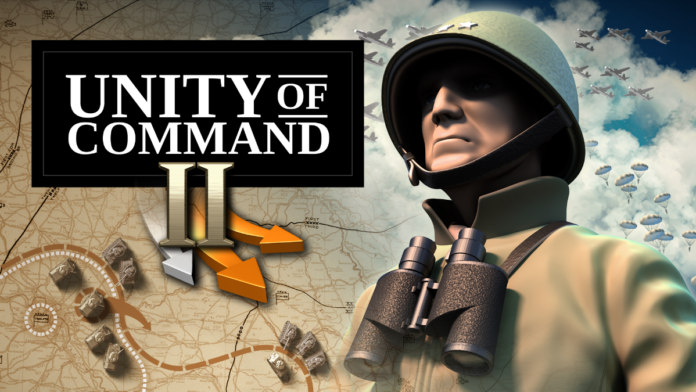 Turning once again, and this time more generally, to the question of invasion, Unity of Comand II lands on Steam today! This allied effort in creating a deep, yet accessible and sophisticated strategy title has resulted in the ultimate war game!

Built on a brand new bespoke 3D engine, the game retains the signature art style of Unity of Command series and delivers updated, highly polished fluid gameplay. Easily accessible yet hard to master, Unity of Command II is the highly anticipated sequel to the cult classic that’s been turning novice players into battle-hardened grognards since 2011.

Unity of Command II lets you take command of Western Allies during the Second World War. Players will manage the army’s divisions as well as their supply and logistics. For the first time in the series, players will face Fog of War. Enemy AI and panzers will always seek to capture players’ units’ stragglers —  victory will depend on the general’s ability to regroup and strike back!