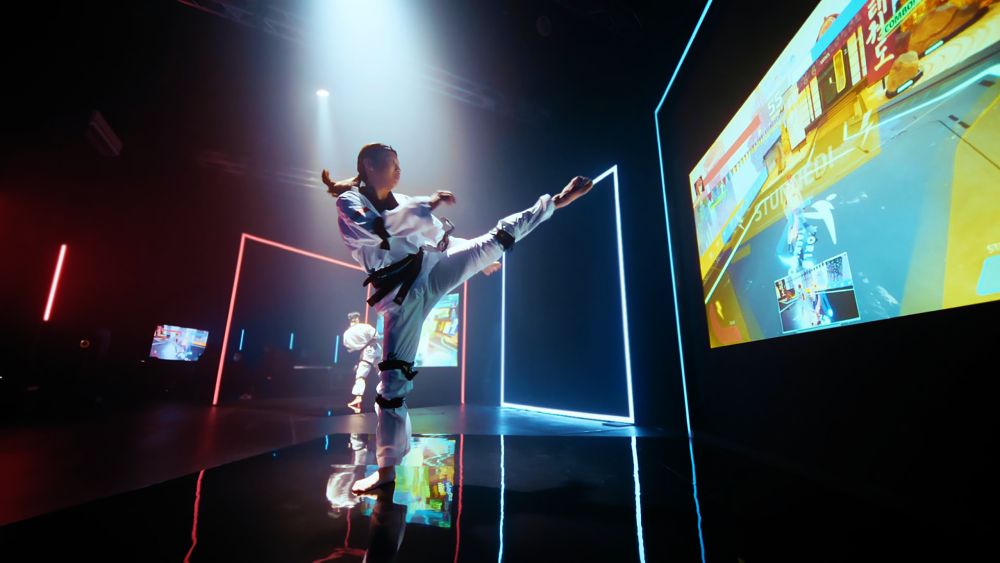 Marking global Olympic Day, Singapore tech company Refract today unveiled its AXIS (Active XR Interface System) technology as the power behind ‘Virtual Taekwondo’, the next-generation of virtual sport.  ‘Virtual Taekwondo’ simulates an athlete’s full-body movements through motion tracking using the athlete as a human controller while still requiring physical exertion and skill just like any sport. This digitised discipline is World Taekwondo (WT) Federation’s contribution to the IOC’s 2020+5 strategic roadmap, which guides the work of the IOC over the next five years.

Aiming to merge digital technology and physical sports at a professional level, AXIS provides an untethered system with a reduced number of motion trackers to simulate full-body movements.  Built with active gaming in mind, AXIS allows players maximum freedom of movement to use their bodies as game controllers without sacrificing accuracy. AXIS enables a player’s full-body movements, such as punches, kicks, blocks, and dodges, to be simulated as if they were in real-time combat against another player. Refract has transitioned a video game into a real sport by requiring physical exertion and skill to win.

World Taekwondo entered into a pioneering partnership with Refract Technologies in 2018 to develop its virtual sports program and enable the federation to promote physical activity through technological innovation. WT marked the annual celebration of Olympic Day on 23 June with a high-tech mixed reality (MR) sparring showcase. Powered by AXIS, Virtual Taekwondo underscores the federation’s ongoing commitment and alignment to the Olympic Agenda 2020+5, which seeks to embrace digitalisation, equality, and engagement with video gaming communities. With AXIS, athletes across several disciplines are unrestricted by traditional sports barriers such as geography, age, gender, and weight class.

“In today’s society, it has never been more important to transcend physical barriers,” stated President of the World Taekwondo Federation, Dr Chungwon Choue, “With Virtual Taekwondo, we promote fitness, wellbeing and community to a wider, digitally-savvy audience.”

“We are excited to support World Taekwondo and have our system tested at the highest levels by professional athletes,” echoed Michael Chng, CEO of Refract Technologies. “With advances in 5G, artificial intelligence, and edge cloud processing, usage of extended reality devices will become a way of life in the near future.”